by Hanno Bode and Ole Zeisler

On Friday evening, the Altona 93 footballers worked up a sweat. However, not on the lawn of the time-honored Adolf-Jäger-Kampfbahn, but during cyber training. With the help of a video conference tool, all actors were connected to one another, and assistant coach Philipp Körner demonstrated the fitness exercises in their own four walls. His dog watched him – more or less indifferently – while doing it. For many weeks now, his master has not been allowed to chase the AFC footballers across the green lawn.  The  SARS-CoV-2 containment regulation prohibits team training. Game operations in the two-part Regionalliga Nord have been suspended since the beginning of November.

Altona has only played seven games. It is uncertain whether more will be added for the bottom of the group in the north. If a tightening of the lockdown is decided at the federal-state meeting next Tuesday, a season end is approaching.

Altona wants clarity: “Everything is in balance”

Altona’s assistant coach Philipp Körner can currently only do cyber training with his players.

“We would have nothing against a demolition, then you could reorient and plan again,” said Körner the NDR. For Altona an early end of the season would be very desirable for sporting reasons, if in this case there would be no relegation in all probability. Körner, who assists former Bundesliga coach Anderas Bergmann at the traditional Hamburg club, hopes that facts will soon be created. “One would wish that there would simply be a deadline; that kind of planning security. At the moment everything is in the balance, that is extremely difficult,” explained the 29-year-old.

Rainer Zobel, team boss of the relay rivals Lüneburger SK, also hits the same line. “I’m in favor of a hard cut. It has to be fair. Because the second Bundesliga teams are allowed to train. If we don’t make a cut and have to start again in 14 days, we would be at a disadvantage because we wouldn’t have any test matches beforehand and could not train with the ball, “said the 72-year-old. Zobel is responding to the special regulation for the U23 teams of the professional clubs.

The y are allowed to continue training despite lockdowns, as they only have professional footballers under contract and are therefore exempt from the corona rules that apply to amateur clubs.

Competitive advantage for U23 teams if continued

John Iredale (left) and his teammates from VfL Wolfsburg II can continue to train. Pierre Becken and his BSV Rehden have to take a break.

The  junior teams of the professional clubs – six are competing in the Regionalliga Nord – would be “full of juice” if the season continued, while Altona’s amateur footballers, for example, would have a break of several months in their legs. A big problem that the North German Football Association is also aware of. “Second teams are privileged,” said Jürgen Stebani, chairman of the game committee and game director.

The  previous stopper can therefore understand that some clubs prefer to end the season. “It is the right of the clubs to have a tunnel vision. But we have to bring it together and find a solution that works,” said the NFV official.

NFV is hoping to start playing in early March

The  association is currently asking the clubs with pro and con lists what solutions they prefer. A termination scenario is not yet taken into account. “We hope to get back to normal games in early March,” said Stebani. But is that realistic in view of the currently very high incidence values?

The  Hamburg Football Association, headed by NFV Vice President Dirk Fischer, is very skeptical about the continuation of the season. In an open letter, the CDU politician informed the clubs that the series will only be continued in the Hanseatic city if until the weekend of 27./28. February the game can be resumed.

But it doesn’t look like that. “I hear signals from the very top that things will be more normal again towards Easter.

The n we know how long a season can go. And we in Hamburg definitely don’t want to go on and on for a season under any circumstances, so that we are biased in the next would go, “explained Fischer.

Hopes for a continuation of the season: NFV official Jürgen Stebani.

Stebani is not very enthusiastic about the content of the open letter, to put it mildly. “It is nonsense for a city association like Hamburg to commit itself so early,” the game committee chairman rumbled: “

The re are enough dates. If we still can’t play at the beginning of April, then you can say that you have to break off at some point.

The  current time is way too early to commit. ”

The  Hamburg regional league clubs would not be affected by a season break in the HFV, would continue to fight for points in the regional league, for which the NFV is responsible. However, this requires the approval of politicians. As a reminder: Hamburg was the last federal state last year to allow full team training and play again.

So it cannot be ruled out that the Hamburg Senate will thwart the NFV plans. Because without the involvement of the Hamburg clubs, a continuation of the season is actually unthinkable.

“We should be through at the end of May”

It is currently impossible to make a forecast of how things will continue in league four.

The  only fact is: with each additional week that is not allowed to play, the probability of a season break increases. “In theory we can play until the end of June.

The  problem is, however, that a division is not alone in the world.

The  champions of the Regionalliga Nord still have to play playoffs against the Bavarian champions, there is a time window in mid / end of May, which is certain is negotiable, “explained Stebani, adding:” You can’t handle it alone, it’s very complex. We should be through by the end of May. ”

The re are still many catch-up games to be played

However, it seems unlikely that all outstanding games as well as the promotion and relegation rounds will be completed by then. Especially since some clubs like the AFC still have catch-up games. “First of all, it is our interest to get the tables smooth,” said Stebani. If the season continues, a mammoth program will await Altona’s footballers. Until a decision has been made, Körner and Co first have to wait and do cyber training.

Results, table, schedule and teams of Regionalliga Nord football at a glance. more

A nurse explains her skepticism about vaccinations 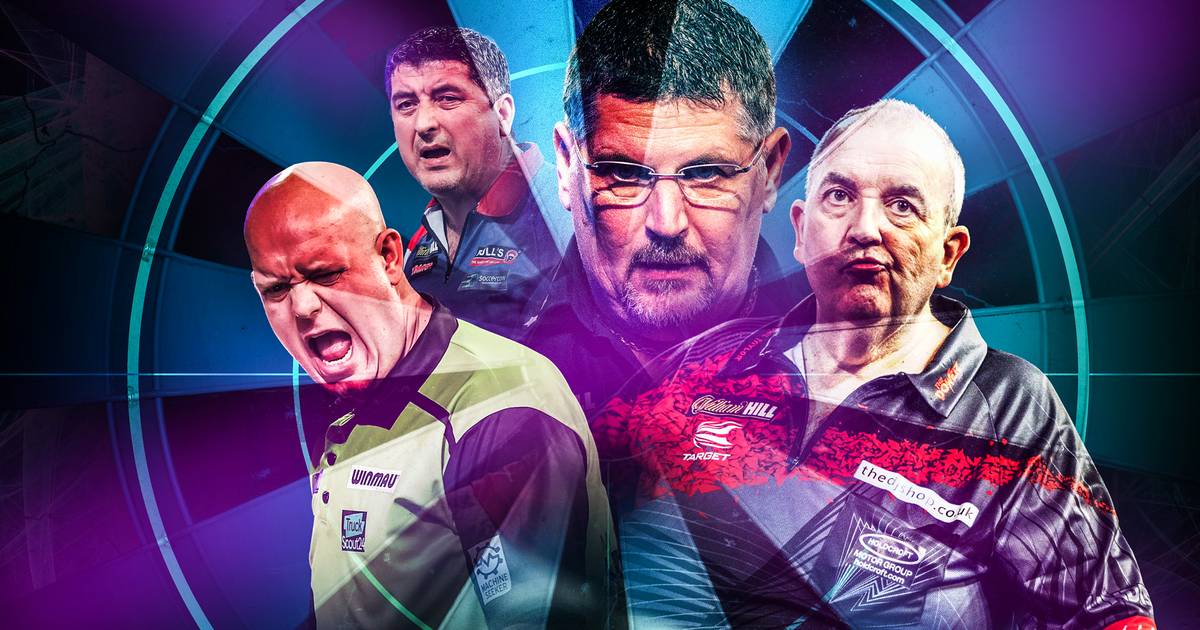