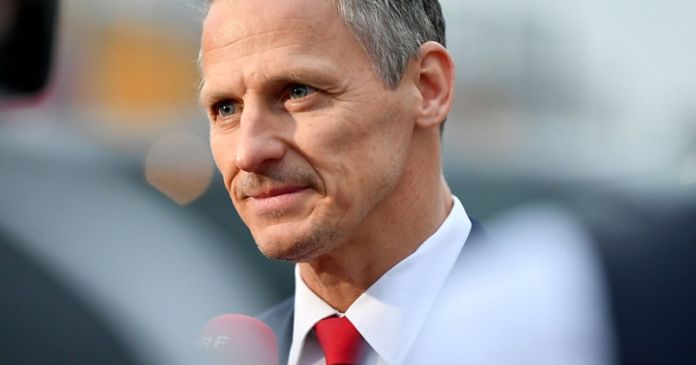 Football series champion Red Bull Salzburg has prematurely extended the contract with its managing director Stephan Reiter until June 2024.  The  club announced this on the Friday before its spring start in the Bundesliga. Since February 2017, Reiter has been primarily responsible for the commercial agendas of the “cops”.

The  Salzburg resident signed a first contract extension at the end of 2018. This contract would have expired next summer.

The  extraordinary successes of the last few years, which Stephan helped to shape, allow us to look to the future with confidence,” said Salzburg’s CEO Harald Lürzer about the 49-year-old.

The  club boss also attested Reiter a “sovereign leadership in this special time”. Salzburg will start the Bundesliga spring on Sunday (2.30 p.m. / live Sky) with an away game in Altach, which will begin again without a stadium audience due to the coronavirus measures.

Reiter had followed the German Jochen Sauer in his role with the “Bullen” four years ago. Previously, the Pongau resident worked as Country Manager for Austria, among others, for the Finnish sporting goods manufacturer Amer Sports (including Atomic, Salomon, Wilson).

Silent heart attack: why it’s so dangerous and how to recognize...

Thousands of police officers, a few “lateral thinkers” and counter-demonstrators in...

Corona live: Association warns – clinics will soon no longer be...

After the military coup in Myanmar: USA tighten sanctions against military...

After gang war with Chechens, calm for the time being? ...