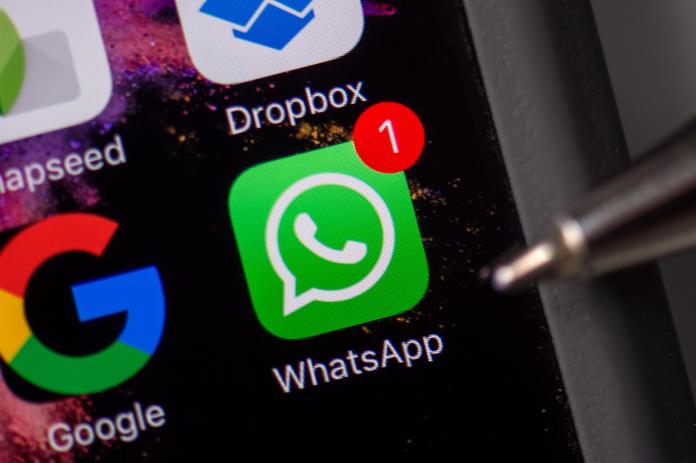 Patent dispute with Blackberry should now be settled –
52 minutes ago

NÜRNBERG – In the last few days, WhatsApp drew attention to itself, especially with the new data protection regulations, some of which caused severe criticism. But now the service comes with a message that users should be happy about. According to a report, an old function is to return that previously had to be removed for legal reasons – we clarify.

Specifically, it is about the export of chats. For some users, this function is unlikely to be completely new: WhatsApp introduced the option in the past, and the option then disappeared again in January 2020.  The  main issue here was a patent dispute with Blackberry.

Now the chat export function should return – that wants to WABetaInfo have experienced, too TECHBOOK reports about it. A first test version has therefore already appeared. Another indication of the return of the function: This is how the US media service reports Bloombergthat the WhatsApp parent company Facebook and Blackberry had reached an agreement in the legal dispute.

Emoji puzzle: can you see which part of Nuremberg is shown here?

You can often say more with emojis than with words – but you can also use them to formulate funny messages.

Origin of the debate: Blackberry accused Facebook of using a technology for the export function and the transfer of histories to third parties for which Blackberry holds the patent. In December 2019, the Munich Regional Court ruled that WhatsApp must impose restrictions – the consequence: the chat export disappeared in the German version of WhatsApp.

Dilemma for WhatsApp users: Those who do not agree to this change will be kicked out!

How to activate the function

Before the function was removed from the app, users could select the “Export chat” feature in the menu under “Additional functions”. At that time it was possible to save chat backups on a Google Drive or locally. Now this option should officially return to WhatsApp shortly.

New TV satirical by Olli Dittrich: This is what it feels...

New establishment based on Cityliner: Rome brings Lufthansa back into play...