Update from Saturday, January 2nd, 2021, 9.30 a.m .: A group of Republicans are against with their lawsuit Vice President Mike Pence failed. The Trump Loyal congressmen wanted Pence to be given the authority to vote for the electorate – in favor of Donald Trumpwho is still the winner of the US election should be made. For federal judge Jeremy Kernodle of the US District Court in East Texas, there was no legal basis for the lawsuit. Also Mike Pence himself had spoken out in favor of that legal action to reject and thus from the loyal supporters: inside Trump in Congress.

Lawyers, on which the “ Financial Times” refers, called the lawsuit a “legal contradiction”. Mike Pence was not the right person the lawsuit was aimed at. Heads on January 6th Mike Pence as Vice-President counting and reading the votes of voters. It is the last official step Joe Biden to the next US presidents to be chosen. From at least 140 Republicans: inside the House of Representatives who Donald Trump wish to keep in office they are expected to vote against the count. However, your chances are extremely slim. You can get confirmation of the victory of Biden just postpone it for a few hours.

First report from Monday, December 28, 2020, 9:11 p.m .: Washington D.C. – Damit Donald Trump remains in office somehow, his loyal supporters in Washington resort to absurd means. A group republican is now even suing Mike Pence. The reason for this is the role the Vice President next week on January 6th. Then should Pencewho the defeat of Trump has still not publicly acknowledged counting the electoral vote and validating Joe Biden’s victory.

The counting and reading are more of a ceremonial nature. But the Texas Congressman Louie Gohmert, the party leader in Arizona Kelli Ward and other politicians: inside the Republican Party together have lawsuit against Mike Pence in his office as Vice President the USA submitted. The from Donald Trump Appointed Judge Jeremy Kernodle is called upon by the plaintiffs to declare the Electoral Count Act, which has existed since 1887 and defines Pence’s role, to be unconstitutional. The court is supposed to Mike Pence in addition, confer the “exclusive authority” to flip the results into swing states that Donald Trump lost on November 3rd – because the Vice-President himself can decide on the electorate.

⚖️NEW: VP Pence has been sued by Rep. Louie Gohmert (R-Tex.), Kelli Ward and other GOP mbrs in a far-fetched bid to overturn Biden’s win

“ No, that will not work,” said legal expert Rick Hasen opposite the US portal “The Hill”. Ohio State University Professor Edward Foley added, “The idea that the Vice President has sole authority to decide whether to cast the vote Electors counts or not, is incompatible with the constitution. ”

Already several attempts to overturn the US election for Donald Trump

The lawsuit is preceded by the idea that the results of the US election in the states of Arizona, Georgia, Michigan, Pennsylvania, and Wisconsin are being challenged for election fraud, despite them Joe Biden has legitimately won. According to election experts, on which “The Hill” refers, Judge Kernodle could dismiss the lawsuit for lack of legal basis. Several attempts by the legal team from Donald Trump, the output of the US election Tipping in his favor has already failed in court. ( Lukas Rogalla)

Vaccination dates from Israel and Great Britain – the magic has...

Squirrels, birds and co .: How Stuttgart can show a heart... 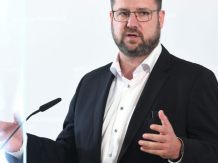 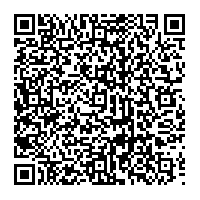