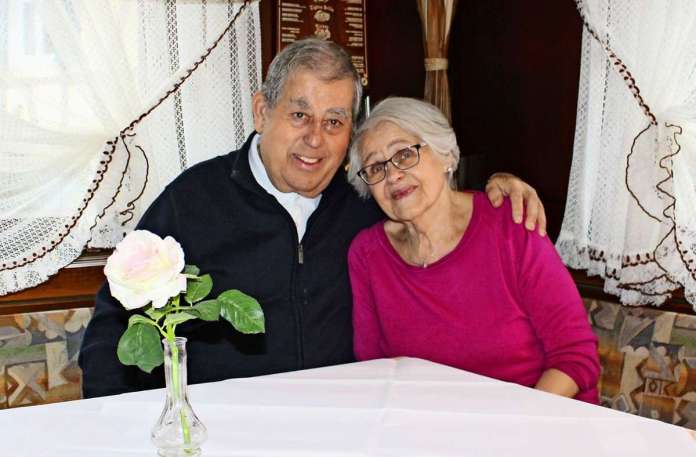 The Kanonenbäck bar is an institution in Stuttgart-Rohr. Now the hosts have quietly stopped after almost 45 years. For reasons of age, but also because of Corona.

Rohr – magazines and daily newspapers are spread out on the table. Dora and Walter Polancic have made themselves comfortable on the corner seat and read. Your snow-white Maltese dog keeps you company on this cloudy January afternoon. Guests are not expected in the Kanonenbäck. The door to the restaurant in Stuttgart-Rohr is locked due to the lockdown and it will no longer open. The Polancic couple closed their restaurant at the end of 2020. After almost 45 years.

It’s a farewell without a handshake. This is bitter for the couple who came to Germany from Slovenia in the mid-1960s. “You can’t say goodbye to anyone,” says Walter Polancic. Both of them have spent more than half their lives in the rustic restaurant with its dark wooden furnishings and ruffled curtains. “It was really familiar with us. If you don’t have regular guests in Rohr, you can’t survive, ”says the woman. She takes out a guest book with a light-colored cover. It was created for the 40th anniversary. Photos of regular table groups and laughing guests are glued in. Warm words are next to it. “This is our home,” says Dora Polancic. Tears well up in her eyes. Her husband speaks while she is getting a handkerchief. “A lot of friendships have developed, suddenly everything is gone,” he says.

The Kanonenbäck on Rathausstrasse is an institution. In 1893 the inn was opened as the Jägerstüble. In 1976 the Polancic couple took over the restaurant from a compatriot after working in Plattenhardt and Aich and made a name for themselves with dishes from the former Yugoslavia. And that as a career changer.

The fact that they have now closed has primarily to do with age. Dora Polancic is 77, her husband a year older. Health no longer cooperates. Walter Polancic is bad on foot. “My husband is sick, it was all on my shoulders. I couldn’t go on, ”says Dora Polancic. It should have ended in March 2020, but regular guests urged them to continue. Then came Corona. The pandemic gave the Kanonenbäck the fatal blow. Food orders for home were hardly received in the lockdown. No, it just wasn’t worth it anymore.

Again and again she dries her eyes

The end of his professional career was in sight, but now that the time has come, Dora Polancic is inconsolable. Again and again she dries her eyes. “This silence all at once, that’s something terrible,” she says. The active senior citizen has not yet got used to the idea of ​​not hosting any more guests. Her husband also looks sad. “Something is missing, yes,” he says and claps the flat of his hand on the pub table next to the magazines. Dora and Walter Polancic have long since sold the house in which Kanonenbäck is located. They still live in it, but the move within Rohr has already been decided. According to their information, the house should give way in favor of a new building. “The place is great,” says Dora Polancic.

She has been married to her Walter for almost 56 years, has raised two sons and had three grandchildren. The Polancics are now hoping for spring. That the sun is shining again and that activities are possible again. They then want to meet regularly for the regulars’ table with the Kanonenbäck staff. Walter Polancic says: “It’s just a stupid time now.”

Bitcoin Brother Ethereum Is Booming: What You Should Know About Cryptocurrency...

The royal family trembles: Meghan and Harry are planning a big...