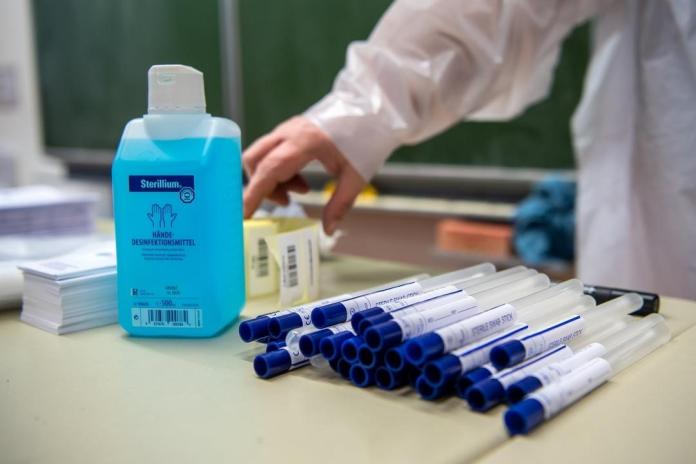 The  German health authorities reported 17,862 new infections within one day to the RKI on Friday morning. According to the daily reports, 859 people died of or with the corona virus in the last 24 hours.

This means that the number of people who have died after being infected has increased to more than 50,000 since the pandemic began.

The  Robert Koch Institute (RKI) has reported 50,642 deaths since March last year. Exactly one week ago, 1,113 new deaths were recorded within 24 hours.

Without restrictions, the number of deaths would be higher

The  RKI counts verifiably infected people who died directly from Corona and those with previous illnesses for which the cause of death cannot be conclusively clarified as a Covid-19 death. It is at the discretion of the health department whether to submit a case to the RKI as deceased “to” or “with” Covid-19. Researchers assume that the number of Covid-19 deaths would be many times higher without the corona restrictions.

The  seven-day incidence nationwide is 115.3. It indicates how many people per 100,000 inhabitants were infected with the virus within a week. It has been falling continuously over the past few days.

The  differences between the federal states, however, remain large: Thuringia has the highest incidences with 218.4 and Brandenburg with 194.4. Bremen has the lowest value with 80.9.

The  aim of the policy is an incidence of less than 50 in order to be able to trace infection chains.

Infected since the beginning of the corona pandemic

The  nationwide seven-day R-value was 0.93 (previous day: 0.87) according to the RKI situation report from Thursday evening. This means that 100 infected people theoretically infect 93 other people.

The  value represents the occurrence of the infection eight to 16 days ago. If it is below 1 for a long time, the infection process subsides.

Neo-Minister Kocher: Hopefully the peak of unemployment will soon be reached

Testing: Jazzer is an open source fuzzer for JVM applications

Take a sports break after Covid-19