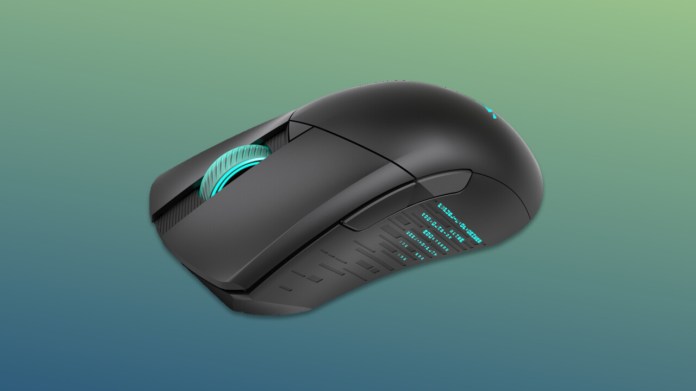 The Asus ROG Gladius III, which is also available as a wired version, offers socketed buttons – and mechanical and optical Omron switches are included in the scope of delivery. The latter are completely new to the mouse market; previously only other manufacturers relied on signaling by light. The USB-C port is also welcome.

Optical switches are an increasingly common way of making mouse switches more durable. With classic mechanical buttons, in which two metal contacts close a circuit and thus give a signal, there is the problem of unwanted double clicks that occur after months or years of use instead of simple clicks. This is mostly due to the fact that the spring loaded contacts take too long to generate a clear signal; However, the debounce time configured to be low for gaming mice has already passed by this point. Optical switches are immune to this problem: where there are no mechanical contacts, they cannot corrode or get dirty – and the corresponding buttons are consequently much more durable.

New to the ROG Gladius III is that said optical buttons come from Omron and are not – as with most of the previously available mice with opto-mechanical buttons – proprietary in-house developments or derivatives of the Bloody LK switch. What is also special is that Asus once again does not solder the buttons, but instead installs them with a socket, so that they can easily be replaced by the users themselves. A second pair of optomechanical Omron switches are also included.

Otherwise, the Gladius III relies on known hardware. The still quite new PixArt PMW-3370 is used as the sensor, which acts as the successor to the PMW-3360 and offers first-class precision according to the specifications. According to Asus, both the USB-A-to-USB-C cable of the wireless version and the cable of the normal Gladius III have a flexible wrapping so that, in combination with PTFE sliding feet and a weight of 89 and 79 grams, respectively, good sliding properties are achieved should come.

The ROG Gladius III Wireless meanwhile supports both the connection via 2.4 GHz radio with 1,000 Hertz and Bluetooth. Asus has not yet commented on the battery runtimes, but in view of the three lighting zones in both models, the numbers are not expected to be too high.

Billionaire is looking for fellow travelers: EVERYONE can apply for this...

A game for the history books Possible background noise can be traced back to different fan models