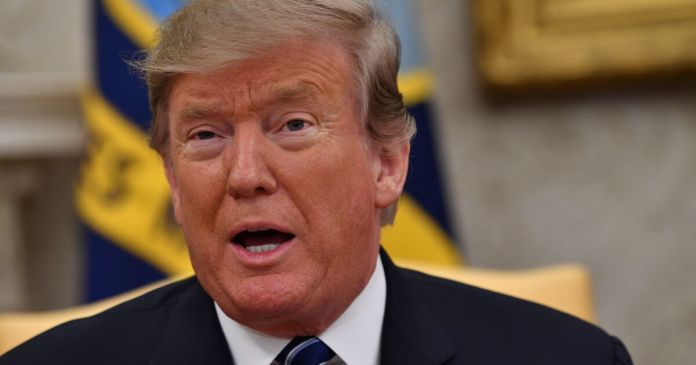 Heinisch, political scientist at the University of Salzburg, assumes after the violent riots in Washington that the outgoing US President Donald Trump is “about remaining relevant and being able to continue to exert pressure on his party”.

It is unclear to the expert to what extent the incidents were a “calculated provocation by Trump so that he could continue talking or to what extent the security measures went through him”. In any case, Trump is known for “setting processes in motion and then leaning back and saying: ‘Well, that’s not me, it’s the others now'”.

How Trump could lose his office prematurely

After supporters of US President Donald Trump stormed the Capitol in Washington, there were calls for the Republican to leave before the end of his term in office on January 20th …

Trump believes he can generate positive benefits from chaos and conflict. In the past, he often stirred up and “took advantage of when others are in conflict”.

The Republicans are divided into a right-wing populist wing, which Heinisch called the “Trump cult”, and a wing of traditional Republicans. The question of whether the party is splitting and how it will go on is the “key question”. There are some Republicans who are pushing to indict Trump and remove him from office. However, the majority would think that “the ghost will be over in two weeks”.

Four dead in rioting in Washington

According to the police, four people died in the rioting of supporters of the elected US President Donald Trump at the US Capitol. A woman was on Wednesday (local time) …

The republican party must also decide how to evaluate the events: “Was it a” last act of despair or the beginning of a new, even uglier phenomenon? “Heinisch:” I think the republican party has to think for itself: what was that ? Future or past. ”

Biden will succeed Trump on January 20

Future US President Joe Biden must also consider how to react to the incidents. After the victories in the US state of Georgia, he will have control of the Senate and also be able to govern. Biden is “in a stronger position”. He can look ahead or come to terms with the events. The latter would run counter to an orderly handover. After taking office on January 20, according to the expert, Biden will try to prevent Trump from coming back to power. There are several scandals and thus opportunities to prosecute him legally.

Corona: Do the vaccinations also help against “Long Covid”?