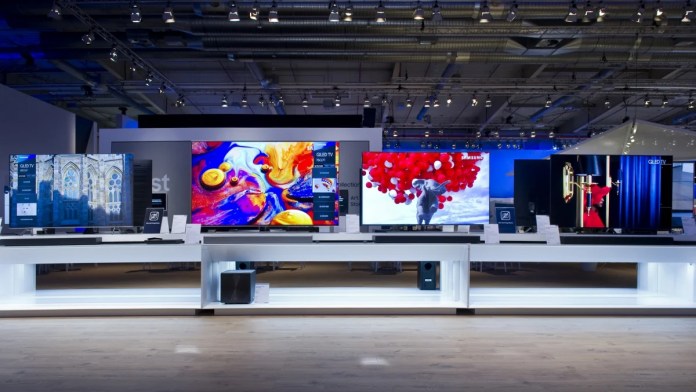 Originally, Samsung Display, a sister company of Samsung Electronics, wanted to discontinue the production of liquid crystal displays (LCDs) by the end of 2020. Due to increased demand during the coronavirus pandemic, Samsung Display initially postponed the deadline until March 2021, and now until the end of 2021.

The news agency reported on the decision Reuters. Samsung Electronics is said to have urged the sister company to continue production: LC panels from Samsung Display are in many Smart TVs from Samsung Electronics, which end customers buy under the uniform company name “Samsung”. After Samsung’s management team in China examined LCD TVs with backlighting made up of countless mini-LEDs, the decision was made against the OLED variant favored by the display division.

Samsung Display wants to shut down LCD production in favor of OLED panels with quantum dot coating (QD-OLED) and later micro LEDs. Since Chinese manufacturers ensure high competition in the LCD market with low prices, this pushes margins down. Samsung Display is currently expanding its range of conventional OLED panels for notebooks. The company has been producing these on a large scale for smartphones for years and is the market leader in this area. Samsung Display sold a production facility in Suzhou, China, to TCL’s Chinese subsidiary China Star Optoelectronics Technology (CSOT) this year.

Samsung Electronics is already acquiring some of the panels it needs from suppliers such as the Chinese display specialist BOE. Without the sister company, Samsung Electronics would have to further increase the share of Chinese companies. Manufacturers other than Samsung also offer their own counterparts for Quantum Dot coating – in the case of PC monitors, AU Optronics, for example.

The mass production of large OLEDs still poses problems, while the delivery capacities for LCDs are many times greater than those for OLEDs. Investments of at least 50 billion US dollars would probably be necessary to replace the currently existing LCD production capacities.

That is why Samsung Display has now apparently opted for a combination of quantum dots and mini LED backlights, so-called QNEDs, and postponed OLED production at least into the second half of the year. Especially since the Korean competitor LG Display has already postponed its plan to exit LCD production to the end of 2021.

DFB-Pokal: Hummels and Sancho shoot Dortmund into the last sixteen

Corona vaccination: What to watch out for in case of allergies...

Tug of war for Bavaria’s super talent: How does Jamal Musiala...

USA: Why another impeachment could hit Donald Trump seriously