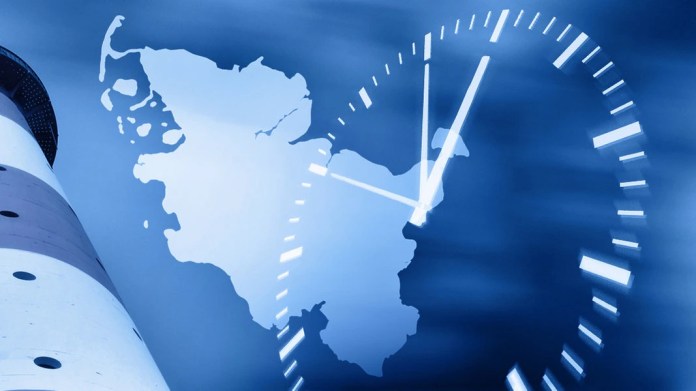 Flensburg and Pinneberg have an incidence of over 200

The  number of new corona infections per 100,000 inhabitants within a week rose on Saturday in Flensburg to 203.0, in the Pinneberg district to 202.1. This results in more stringent measures. In Flensburg, this means a stricter mask requirement in places in the urban area with an increased number of people. In the Pinneberg district there are not only more stringent mask requirements, but also other restrictions, including entry bans for certain local recreation areas and restrictions on one person shopping. | Date of broadcast NDR Schleswig-Holstein 24.01.2021 6:00 p.m.

A fire in a warehouse occupied the fire brigade in Lütjenburg (Plön district) on Saturday. According to a fire department spokesman, around 70 emergency services were on site to put out the fire.

The  cause of the fire is still unclear. Residents were advised on Sunday evening to keep windows and doors closed. | Date of broadcast NDR Schleswig-Holstein 24.01.2021 6:00 p.m.

To the point: Home office in times of Corona

Home office – wherever possible. Employers should make that possible from next week. Politicians want to prevent the corona virus from spreading further. But not only the companies are in demand, the employees also have to go along – this is what trade unions and the state government are demanding equally. | Date of broadcast NDR Schleswig-Holstein 24.01.2021 6:00 p.m.

Fewer and fewer harbor porpoises in the North and Baltic Seas

In the North and Baltic Seas there are fewer and fewer porpoises. According to a study by the University of Veterinary Medicine Hannover, the population just off Sylt has shrunk by 60 percent in the past 17 years.

The  reasons given in the study include noise from the construction of wind turbines and fishing. | Transmission date NDR Schleswig-Holstein 24.01.2021 15:00

VfB Lübeck won an important point in the away game against 1. FC Saarbrücken on Sunday. After the 0-0 draw, Schleswig-Holstein has been waiting for a third division win for nine weeks. Despite the point gain, the climber continues to occupy last place. | Date of broadcast NDR Schleswig-Holstein 24.01.2021 16:00

2-0 in Darmstadt: Kiel ends series without a win

In the Sana clinics in Lübeck there was a major corona outbreak. According to a spokeswoman, 79 employees had tested positive for the virus by Saturday. In addition, 41 patients would be cared for in the two Covid wards, and two more are in the intensive care unit. Most were admitted to the hospital from outside, it said. According to the crisis plans, postponable operations were suspended. | Date of broadcast NDR Schleswig-Holstein 24.01.2021 08:00

Corona outbreak in the retirement home in Büchen

The re was another corona outbreak in Büchen (Duchy of Lauenburg district). According to the district, 44 of 49 residents of a retirement home tested positive for Corona. In addition, 15 employees were infected according to the message.

The  health department ordered stricter hygiene rules and a ban on visits to the home. | Date of broadcast NDR Schleswig-Holstein 24.01.2021 08:00

Transport Minister Bernd Buchholz (FDP) and Deutsche Bahn have announced additional rail connections between Sylt and the mainland. From Monday, three additional journeys are to be offered on the march line every day between 5 a.m. and 8 a.m. According to the railway, almost 1,400 additional commuters can go to the island or down. In addition, the trips of the Sylt Shuttle Plus will be completely released for local transport. This also applies to a long-distance train to Hamburg, which will also stop in Keitum and Klanxbüll from Monday. | Date of broadcast NDR Schleswig-Holstein 24.01.2021 08:00 Date night with David – and Victoria Beckham is wearing her...

Real Madrid flies against third division clubs from the cup