For Austria’s Nordic combined athletes, sport has moved into the background on this Sunday. In the World Cup singles in Lahti, Mario Seidl did not get past 13th as the best, but the health of team-mate Bernhard Gruber was more important.  The  Salzburg resident had to be taken to the hospital after another heart problem, and two stents were placed.

Watabe, who celebrated his 19th victory, had left Riiber behind in the third round in the 10 km cross-country skiing.

The  Japanese Ryota Yamamoto, who was in the front after a 123.5 m set in jumping, was third in the end. In addition to the 17th Lukas Greiderer, Lukas Klapfer (20th), Thomas Jöbstl (22nd) and Martin Fritz (25th) also won World Cup points for the ÖSV. Seidl started the trail in seventh place. Johannes Lamparter, as Austria’s best in the course of the season, skipped the Lahti races.

Bernhard Gruber takes off again from the ski jump ten months after his heart operation.

The  Salzburg ÖSV combined athlete had to be hospitalized after yesterday’s team sprint competition in Lahti because of chest pain.

“It was a very solid competition. I did a good job on the hill and was able to create a good starting position. In the race I then tried to keep up with the fast group as long as possible, and I managed to do that well “, summed up Seidl. “

The  incident with Berni Gruber naturally affected all of us, so it is difficult to stay to yourself and focus on the competition. We went out together yesterday and were happy about his comeback.” It was “just brutal,” said the Salzburg man.

Berni Gruber in the hospital

Gruber complained of chest pain on Saturday before returning to the hotel after the team sprint. After the initial diagnosis on site, the

The  Salzburg ÖSV combined athlete had to be hospitalized after yesterday’s team sprint competition in Lahti because of chest pain.

The  same diagnosis had already been made to the Salzburg man in March 2020. As part of a cardiac catheter examination, he was placed two stents. According to ÖSV team doctor Ines Berger-Uckermann, Gruber is in good shape so far.

The  team will be flying back to Austria on Monday (tomorrow) in order to travel on to the next World Cup in Seefeld on Wednesday. With the Nordic Combined Triple, the Nordic all-rounders can look forward to one of the highlights of the season next weekend.

Werder Bremen in relegation battle: predictions for all competitors!

Fight against terror: Germany does not want a Bundeswehr combat mission... 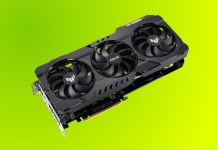 Half a million Covid deaths in the USA are more victims...