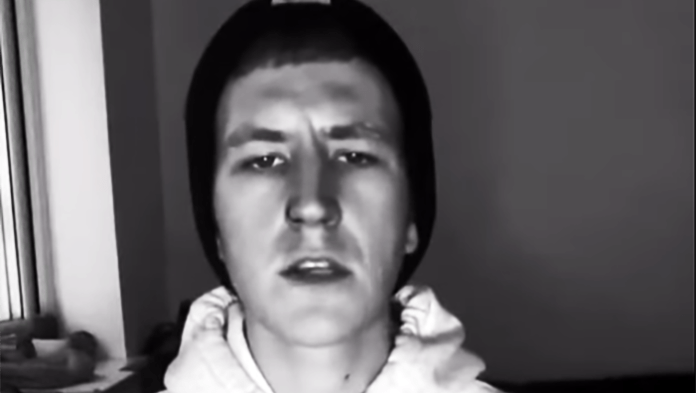 How exactly it happened that a young postman from a small Scottish town turned old sailor songs into a global trend in pop culture, he doesn’t quite know himself.

It all started last summer lockdown. Nathan Evans, 26, came home from the morning round with his letters and parcels and uploaded a shanty on his TikTok page. TikTok, the interactive and messing app, mainly used by young people. “Leave her, Johnny, leave her,” an old sailor’s song from Ireland. He had a good dozen followers.

Six months later, Evans has more than 400,000, plus several million likes. Journalists keep calling him. R&B star John Legend praised him. One song in particular, probably composed around 1860, is developing into a kind of soundtrack from the Corona era: » The  Wellerman«.

Until recently, sedate men with plauze, fishermen’s shirts and Elbe sailors would have succeeded with this song at the harbor festival in Warnemünde. Or the shanty choir De Tampentrekker, who usually belts out short appearances in front of the Zum Schellfischposten pub in Hamburg-Altona on the NDR show “Inas Nacht” (“What Shall We Do With

Hauruck to singing on deck

But now it feels like half the world is singing songs about hard work and the prospect of tea and rum. Rappers, rockers, everyone hums this song.

The  hashtag seashanty has almost 80 million hits, and a separate genre called Shantytok has even established itself on the platform.

The re are now hundreds of variations of Evans’ “Wellerman”.

How did it come to that? Shanties used to be really important, out at sea. At a time without machines and hydraulics, work on the deck of the tall ship meant hard work. Especially when anchors were raised or sails were set and the crew had to pull together. It was more harmonious with singing and was certainly easier.

Return of the Shanties: Bring us sugar and tea and rum

So the “shantyman” started a song, loud enough to get through the wind and the sound of the waves, and the crew answered him in time. Scottish whalers sang their songs, dock workers in the Caribbean, sailors on the great clippers going to Asia for tea.

All in one boat, a “Wellerman” long

When ships with steam engines replaced tall ships because they were faster and more reliable, shanty singing also fell silent. It was simply no longer needed in a technical world. If anything, the sailors sang in the docks by the harbor.

But even those times are long gone: Today, seafarers in the ranks of the crew are poorly paid industrial workers who are not looking for quick schnapps and quick love in the port, but for free WiFi.

The  fact that the shanty genre is experiencing an incredible renaissance in the Corona era is probably also due to the element of the archaic. A crew, far out at sea, in the face of an approaching storm – that’s what it feels like for many people in lockdown.

No instruments are required for the shanty. Skewed notes are even welcome. It’s all so down-to-earth, so authentic and honest and fits into a time when many feel lonely. Everyone is sitting in the same boat, everyone is pulling a rope. At least for the duration of a “Wellerman”.

From whaler to streaming

The  history of this shanty goes back almost two centuries to the shipping company of the Weller Brothers.

The  brothers emigrated to Sydney from Folkestone in the south of England in 1823 and within a few years had built up a small empire from Australia and New Zealand, mainly through whaling. On one of the Weller ships, the “Lucy Ann”, the later writer Hermann Melville, author of “Moby Dick”, is said to have toiled as a sailor: a Weller employee, a “Wellerman”. This is also how the supply ships were called. 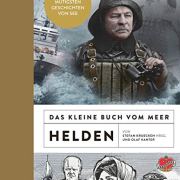 The  Little Book of the Sea: Heroes:

The  Courageous Stories of the Sea

Product reviews are purely editorial and independent. Via the so-called affiliate links above, we usually receive a commission from the dealer when making a purchase. More information here

The  shipping company went bankrupt at the end of the 1840s, but its name lives on in a song, probably first intoned in a New Zealand port: “Soon May

The  catchy tune is about the whaling ship “Billy o ‘Tea”, which wants to take a right whale in tow.

But then, conversely, the boats are pulled through the sea for many days by the harpooned and submerged whale – and the crew hopes for the supply ship »Wellerman«, which brings sugar, tea and rum, until the »tonguing« begins, the dismantling of the whale carcass:

»Soon may the Wellerman come
To bring us sugar and tea and rum,
One day, when the tonguin’ is done
We’ll take our leave and go«

More than 150 years later, the shanty went viral and is among the five most played viral songs worldwide on the Spotify streaming service. Which also has to do with a shanty band from Bristol, England.

The  Longest Johns, four young guys, have been singing shanties at festivals in Great Britain for years, largely unnoticed. At the end of last year they made the song available on the Twitch video portal as free background music for videos. Result: Your “Wellerman” version is one of the 200 most streamed songs in the USA.

Feeling of a wide sea, a full glass and burping in between

Shanties have hit the charts before. As part of a modern fairy tale that eventually even got to the cinemas. Ten fishermen from the village of Port Isaac, Cornwall, who call themselves Fisherman’s Friends and sing old sea shanties, had caught the eye of a BBC radio presenter. Fascinated by the »Rock’n’Roll of 1752« – as it is later called in the film – he showed his manager the band’s self-produced CD after his vacation.

Soon afterwards, the manager threaded a record deal with a major label – for the fabulous sum of one million pounds. An investment that paid off:

The  Fisherman’s Friends debut album was released in 2010, sold more than 150,000 copies and temporarily ranked in the top ten of the charts.

One of the most popular songs is “Nelson’s Blood”. It is about how the naval hero Horatio Nelson died in a battle against the French, whereupon his body was transported in a rum barrel to Nelson’s home port of Plymouth. What didn’t stop the crew from drinking from it: “Nelson’s Blood”.

The  story of the singing fishermen, who were awarded a million-dollar contract in the era of hip-hop and R&B, had fallen so out of time that it met with wide media coverage.

The  feel-good comedy “Fisherman’s Friends” was, of course, a big hit.

This may be the reason for the triumph of the shanties: this feel-good momentum. Singing along with the courage to play a weird tone, the feeling of a full pub and a full glass, of the sea and belching. Part of the irony of this success is that sea shanties are a global trend, while the misery of seafarers is growing into an ever worse problem: More than 400,000 crew members are stuck in ports or on board due to the corona crisis worldwide. When they will be able to return home is uncertain for most.

Will the stranded sing a “Wellerman”? Rather not.

To the author
Stefan Kruecken (Born 1975) runs the Ankerherz Verlag, which they founded, with his wife Julia. Before that he was a police reporter for the Chicago Tribune and worked as a reporter for magazines such as Max, Stern and GQ from Uganda to Greenland. His new book “Heroes:

The  Courageous Tales of the Sea” was recently published.

Finally pronounced! Elena Miras & Mike Heiter have made up

Microsoft still has some unannounced Xbox games for 2021 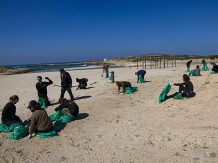