?? Our current GfK study on the population structure shows that the proportion of single-person households in Germany has increased further compared to the previous year ?? and has been increasing continuously for years ??, explains Markus Frank, GfK expert in the field of geomarketing. As in previous years, the city of Regensburg took first place.  The  share of single-person households is more than 57 percent.

The  city districts of Erlangen (53.2 percent) and Würzburg (52.9 percent) follow in second and third place.

The  first district in the ranking of single households is in 70th place: With a share of 46.4 percent, the district of Goslar is exactly 11 percent above the national average. In terms of percentage, there are few single-person households in the Straubing-Bogen district (30.2 percent).

Most of the families live in Eichstätt
A look at the top 10 multi-person households with children shows that these are mainly more rural areas.

The  front runner among the German districts is the district of Eichstätt. With a share of 40.9 percent, there are almost 45 percent more family households in Eichstätt than the national average. In second and third place are the districts of Cloppenburg (39.5 percent) and Straubing-Bogen (38.6 percent).

The  first urban district in the ranking of multi-person households with children is only at position 171: With a share of 30.7 percent, the urban district of Hamm is 8.6 percent above the German average.

Markus Frank, GfK geomarketing expert, adds: ?? For companies in all industries, it is essential to know their target group and to know where they are. With the GfK population structure data, you receive important insights into the distribution of the population in relation to their household, age and income structure. and that right down to the level of street sections. With this knowledge, companies can plan their marketing and sales activities better and use their resources and time more effectively.

To the study
With the ?? GfK population structure data ?? it is socio-demographic data at different regional levels.

The  GfK population structure data is used in marketing and sales by companies to localize target groups. For example, they show in detail where it is worthwhile to advertise certain products.

The  study on the GfK population structure data can be obtained from GfK in the geomarketing area for all German urban and rural districts, for all municipalities and postcode areas as well as at street level or for almost 2.9 million street sections. Euro: About the difficult relationship between Germany and Italy

Rapid tests for restaurants and events: that’s what Jens Spahn is planning

US star Demi Lovato talks about the fight against bulimia

ATX with a small minus – Lenzing, Verbund and Mayr-Melnhof are...

Evaluate female hormone levels at home with “inne” from Berlin –...

Is a new Alaba case threatening Bayern Munich? Duo before... 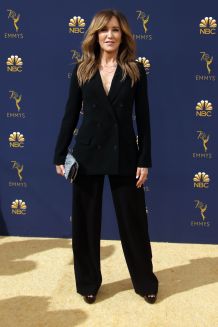