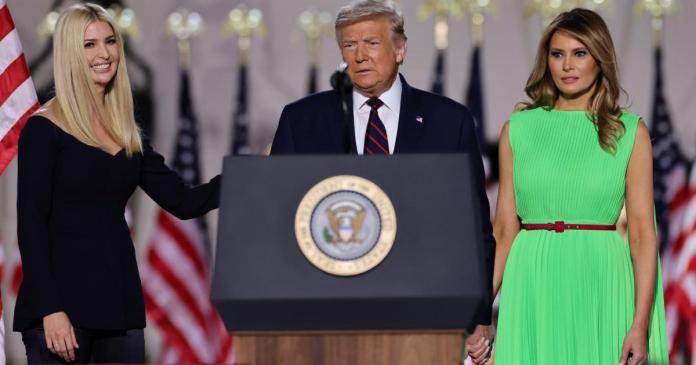 Shortly before the handover of the elected US President Donald Trump to Joe Biden, one pulls CNN-Journalist summarizes again and notes that the years in the White House have not left the Trump family without a trace.

Above all, Ivanka Trump’s relationship with her stepmother Melania Trump, who is said to have been tense even before Trump’s election as US president, has cracked further.  The  tensions between the Trump daughter and his wife are said to go so far that both women would now avoid spending time together in the same room.

The  two women are arguably the most powerful and influential in the president’s life, and prior to the White House years, according to family sources who know about the dynamics, both were aware of and respected each other’s turf,” writes the journalist Kate Bennett in an article for CNN. However, Ivanka Trump’s intrusions into Melania Trump’s remits “have created tensions among women that are so dire […]that neither of them has the desire to be in the same room, “the article said, citing an insider.

Processes – Frankfurt am Main – At 90 over red: suspended...

Basic supply in the cities: Stuttgart is the most expensive for...

METRO Exodus is getting ready to launch on next-gen consoles