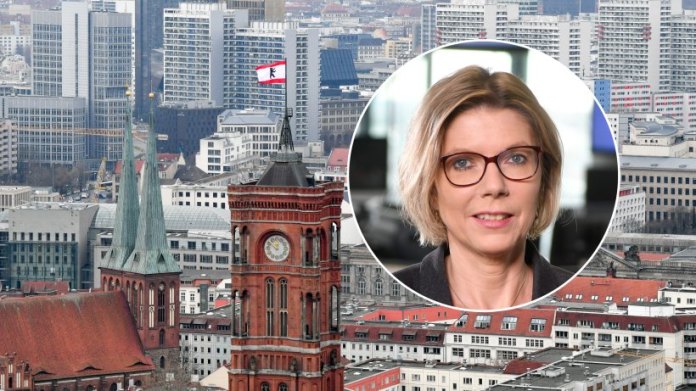 Berlin. That doesn’t happen often: Bodo Ramelow, Prime Minister in Thuringia, admitted a few days ago that he and the state government had made wrong decisions. He had let himself be guided too much by the hope that the Free State would get through this serious crisis well, said the left-wing politician recently in the ZDF program “Markus Lanz”.

Ramelow said he never underestimated the danger of the corona virus, but relied too much on getting the situation in Thuringia under control. And: “I was guided by hopes that are now showing as a bitter mistake.” He did not “want” to imagine the high numbers of infections, said Ramelow. “Can yes, but want no.”

The  admission of the mistake doesn’t make things any better, Thuringia and Saxony continue to struggle with extremely high numbers of infections. But I am impressed when politicians, who often pretend that they could never make a mistake, also say: That was wrong, I was wrong.

Berlin’s governing mayor Michael Müller (SPD) has made mistakes in the past few days – together with his Senator for Education Sandra Scheeres (SPD) – and, as reported, wanted to send the children and young people back to schools from last Monday. Starting with those who are about to graduate from high school or secondary school, in the week after that, elementary school students should follow. Müller and Scheeres also advocated this idea in the House of Representatives session before they changed their minds again a week ago because of the storm of protest from parents, teachers and students on Friday. Red-Red-Green made an impressive U-turn and decided that schools will remain closed until the end of January.

And what was Müller doing? He said on Monday in the Inforadio of Rundfunk Berlin-Brandenburg (RBB): “First of all, you have to say that of course it didn’t go well and we made a mistake in communication.” And: “Because the impression was given when whether all schools should open again from today. Of course, that was not the case at all. ”

The  aim was always to enable the final classes, analogous to joint federal-state resolutions and depending on the number of infections,“ to come to schools in face-to-face classes, because it is simply important for them that they have an appropriate framework before they graduate, ”says Müller. “And we just wanted to show how gradual schooling can look like, that first the final classes come, then the smaller years from 1 to 3, then from 3 to 6.”

Communication error? Made an impression? And what if the schools shouldn’t be opened? It is well known that politicians like to shift the responsibility on to those who deliver the news. But in this case it is cheeky to speak of a “communication error”. After all, you can listen to and read what Müller and Scheeres were up to.

I’m curious now when Müller apologizes to the Berlin economy, which he accused parallel to the discussion about the school opening of not doing enough for the home office. Almost all employees in the Rotes Rathaus are now in the home office, but things look very different in the other administrations. According to the Senate, just twelve percent of employees can work from home with VPN access and a laptop, while in the economy around 60 percent work from home, according to the IHK. Time to admit the next mistake. Soccer – Frankfurt am Main – Kehl confirms: No Haaland use...

Several districts in Thuringia want to open schools – despite increased...