Christian Gross has to find a way to get Schalke back on track.

The second week in the coaching office at Schalke is even more turbulent for Christian Gross than the first! After the 1: 3 in his premiere game at Hertha Berlin, the sporting crisis is not the only topic in Gelsenkirchen.

Returnees Sead Kolasinac (27) is presented with great fuss and already celebrated as a savior by the battered fans. In addition, the support offered by ex-supervisory board boss Clemens Tönnies (64) provides theater. The million dollar injection for the financially badly ailing club ultimately does not come because two supervisory board members resist the help of the controversial meat entrepreneur – and thus Tönnies, who made a unanimous decision as a condition, withdraw the offer.

Quiet? Only returns to Schalke when another victory is achieved. If that doesn’t happen on Saturday at Gross’ home debut against Hoffenheim, the Royal Blues will make themselves even more of a mockery in German football than they already have. In the event of a bankruptcy or a draw, Schalke would set the negative record of Tasmania Berlin (1965/66) of 31 games without a win in a row.

Gross, however, is reluctant to speak about it: «There is no place for that now! I don’t want to deal with negative things. ” He wanted to avert the embarrassing scenario with an aggressive, compact appearance: “The world belongs to the brave!”

Newcomer Kolasinac should move forward, who for his part does not hide the fact that he was looked at by former players after the announcement of his departure from Arsenal: “A lot of people said: You are crazy, only Seo can do that. But Schalke is a matter close to my heart! ” Will he actually be the savior now? Already against Hoffenheim?

Gross himself tried to grasp his players by the honor, as he reveals: “I want to show them that I used to love being a footballer and now I really enjoy being a coach – I want to convey this joy in my job.” With the right mentality in the team, he wants to prevent the historic disgrace against Hoffenheim: “We finally don’t want to be on the defeat side anymore!”

Is Kolasinac alone enough to reinforce it? Barely. Gross also shows this: “We need even more players with such a personality!” How that should be managed financially is a mystery to him too: “We all know about the tense situation in the club …” (mpe)

NHL: Pius Suter receives a 5-1 swatter on his debut in... 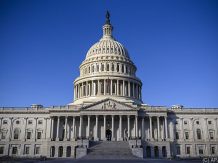