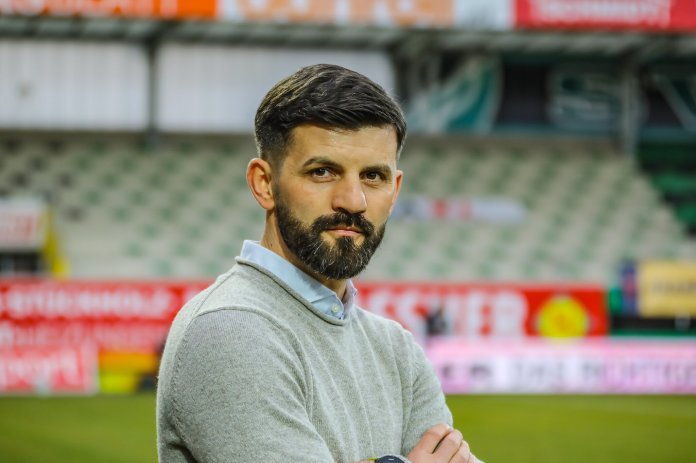 In the 13th round of the tipico Bundesliga, SV Guntamatic Ried is defeated by FK Austria Wien with 0: 1. Benedikt Pichler (4th) scored the gold for the violets.

In contrast to the 3-1 test match success against FC Juniors OÖ, SVR head coach Miron Muslic did not change his team at any position.  The  starting eleven remained exactly the same.

Pichler brings Wiener to the front early on

Both teams fought thrilling duels in the first few minutes and fought for every inch, even though not everything was playfully successful.

The  first opportunity in the young game was booked by the black-green kickers.

The  cross from Marco Grüll (2nd) found no taker. Practically in return, the Viennese scored the opening goal. After a true Sarkaria flank, Benedikt Pichler climbed the highest and headed the round leather to the 0-1 lead into the Rieder box. In the 6th minute of the game it was again tricky in the Violette’s penalty area. Manuel Kerhe quickly circled the ball into the penalty area, where Thomas Reifeltshammer got hold of the ball via detours.

The  SVR captain tried to finish the game immediately, but did not hit the play equipment optimally, which is why there was no real danger.

In the following minutes, both SV Guntamatic Ried and FK Austria Wien always tried to create pinpricks, but it wasn’t really necessary on either side. Until the 19th minute of the game: Marco Grüll’s corner kick came into the penalty area well worth seeing, but the defense chain of the Stöger protégés acted wide awake and maneuvered the round leather out of the danger zone without major problems. Three turns of the pointer later, the Rieder protégés found the next top chance. After the Viennese lost the ball, Miron Muslic’s men started a quick move. Julian Wießmeier (23rd) was looking for a deal straight away, but was significantly disturbed by guest kicker Sarkaria at the last moment.

The  team from the federal capital caused danger again after 25 minutes of play. Aleksandar Jukic’s cross landed on the side netting. Eight turns of the pointer later, the Vikings almost scored the equalizer: Julian Wießmeier (33rd) was just barely able to place the ball in the box after entering a corner.

The  Vikings kept trying to usurp the game.

The  Viennese, however, remained compact and hardly allowed anything. In the 39th minute, the Muslic-Elf caused another danger. Manuel Kerhe pulled from 20 meters, but the end lacked the power. A few moments later, Bernd Gschweidl (45 + 1.) Was unable to accommodate the play equipment in the goal.

The  second round started with a bang. After an impetuous duel, Austria kicker Eric Martel (49th) was sent early under the shower by referee Christopher Jäger with a yellow-red card. Both teams tried to put needle pricks offensive in the following, but scoring opportunities were in this phase of the game absolutely in short supply. Believe it or not, it took until the 65th minute of the game before the Vikings became compelling again. After a remarkable presentation, the ball landed at Ante Bajic’s feet.

The  Ried kicker took off immediately and maneuvered the round leather over the line, but the hit was denied by the referee team due to an offside position.

In the 71st minute of the game the next action: Ante Bajic came to the end unhindered from around 20 meters, but found his master in guest keeper Patrick Pentz, who parried brilliantly.

The  SVR offensive express was now really at operating temperature, because less than 60 seconds later, substitute Stefan Nutz (72nd) circled his corner kick into the penalty area, where Thomas Reifeltshammer was spot on and the round leather only pushed past the box very thinly. In the aftermath, too, the Upper Austrians kept looking for the direct way forward, but the defensive chain of Vienna Austria was now more compact, which is why the Vikings were becoming increasingly rare. It took until the 92nd minute of the game for the Vikings to become compulsory again. However, Marco Grüll’s final attempt resulted in very little danger. In the remaining minutes of stoppage time, the Viennese kickers were compact and secured the 0: 1 away win.

Kidman and Streep in the Netflix movie “The Prom”: Broadway stars...

Cantons and their ski areas – All ski areas across Switzerland...

Cryptocurrency soaring: the judiciary has millions in bitcoins

Disturbance in the power grid: Europe misses the blackout 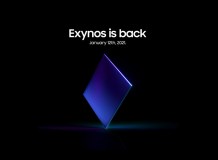 At eye level with the Snapdragon 888? Samsung launches Galaxy...