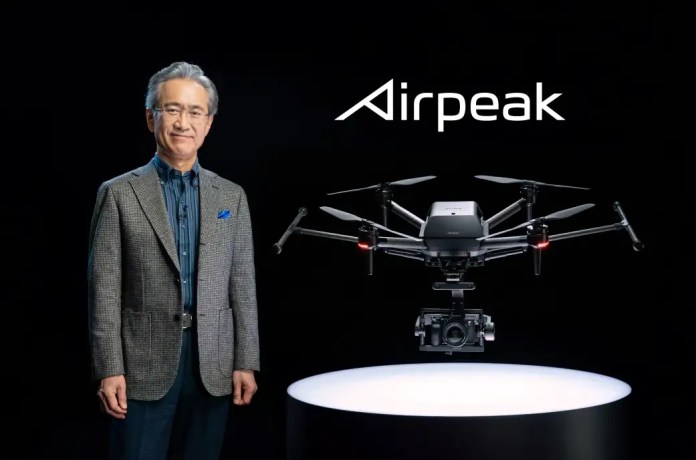 Last night, Sony showed a few new products at CES 2021 in quick succession. For example, there is a new drone for creative people and new televisions for enthusiasts. In addition, details about VISION-S, the prototype vehicle from Sony with which it wants to contribute to the evolution of mobility, were presented.

Sony also knew how to present itself at the digital CES 2021. The keynote from Sony took place quite late last night – more precisely at 11:00 p.m. our time. You can find all the dates and events for CES 2021 in our overview. However, since the keynote went through pretty quickly, it was impossible to follow closely. We are therefore summarizing the whole event again.

The event yesterday, Sony aimed more at the creative target group than directly at the private user. New tools have been introduced, such as 360 degree audio music production tools. A tool for creating 360 Reality Audio compatible music that realizes a spatial sound field. It enables musicians and artists to play their music in a 360 ° field while using the existing production platforms.

Now one shows by means of artist MadisonBeer, like virtual, realistic audio from Sony works. You see a virtual concert hall. CES2021 THESE pic.twitter.com/Mml3gnvZES

They also worked with Epic Records artist Madison Beer with Sony Music Entertainment (SMEI) and Verizon to create a new concert experience. It was transformed into a virtual, realistic avatar and all the sounds in the hall were artificially reproduced. She performed an excerpt of her latest song in a virtual replica in the Sony Hall.

Airpeak – a drone with a SLR camera mount

This is the new one Sony Airpeak-Drones with image stabilization or gimbal. CES2021 THESE pic.twitter.com/yocqhHdXsx

With the Airpeak, a new generation of drones was presented at the fair, on which a reflex camera is mounted. Of course, a Sony Alpha camera is used here. This is stabilized in the holder like in a gimbal and enables creative people to film smoothly and smoothly. Airpeak is supposed to inspire video producers to come up with creative ideas. With this initiative, Sony wants to contribute to the development of drones and gain an even more foothold in this market in the future.

The reflex camera is attached to the new Airpeak from Sony. (Image: Sony)

This is what the new Sony display looks like, which is supposed to show 3D objects in great detail. (Image: Sony)

With the spatial reality display, a display was shown that depicts objects in three dimensions and makes them appear as if they were real. In this way, creatives can present product designs, color or shape variations, and demonstrate to the viewer exactly what they are imagining. They should also be suitable for displays or three-dimensional signs in shops. It enables the viewer to experience the depth, structure and overall appearance of an object as if they really had it in front of them. 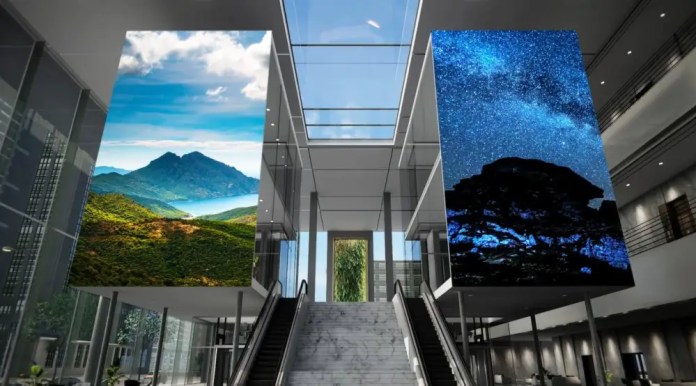 These new displays from Sony could be seen in shopping halls and more. (Image: Sony)

New SonyBraviaXR-TVs in real fast-forward are currently being shown: CES2021 THESE Sony pic.twitter.com/rRXLAbTqKX

We come to the most exciting product for private customers – the new BRAVIA XR televisions. The new BRAVIA XR is equipped with the new “XR” processor from Sony, which is said to score with artificial intelligence. The processor recognizes the points in the image that a viewer is focusing on and comprehensively analyzes numerous aspects of the image quality in order to generate more realistic images that are more closely related to human perception. In addition, the sound is upscaled to 5.1.2 channel sound to envelop the viewer in surround sound.

Details on the VISION-S prototype vehicle

The work on the VISION-S, the prototype vehicle with which Sony wants to contribute to the evolution of mobility, has reached the next phase. The developments in the areas of security, entertainment and adaptability will continue to be driven forward. In December 2020, tests for technical assessment began on the public streets of Graz, Austria. A video shows the first details about the entertainment system, 5G functions and a first test drive.

But there is still no further details. Especially on the point of whether Sony really wants to implement its own electric car or just provide the technology.

That was quick: Queensberry-Victoria is pregnant again!

Plastic waste in the sea? Criticism after video

GNTM 2021 in the live ticker: special treatment for Leni Klum?...

At the age of 19, Lamparter won the World Championship gold...

Demonstrations in the USA – BLM activists and Trump fans: the...