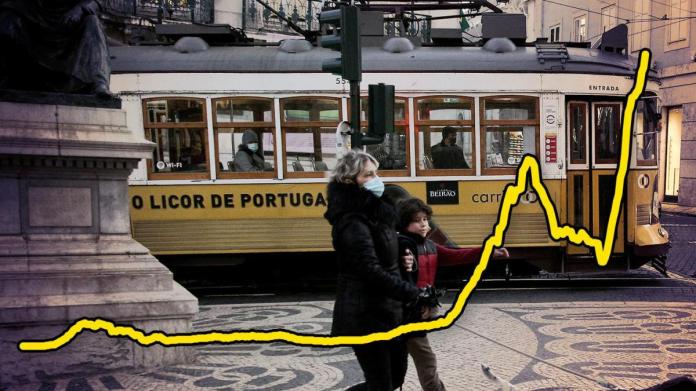 Mith more than 1000 new infections per million inhabitants, Portugal led the corona statistics of the large international database Our World in Data on Wednesday afternoon. This means that the country recorded more new infections every day on a weekly average than any other country in the world. Behind in Europe were Sweden and Slovenia. For comparison: Germany reported around 150 new corona cases per million inhabitants at the time.

The  country ranks second in the world behind Great Britain (17) and just ahead of the Czech Republic (14). In Germany, an average of 10 people per million inhabitants die from Corona every day.

Portugal is in the middle of the third corona wave

The se numbers are doubly worrying because the country actually knows how to fight Corona effectively. It showed in the first wave, before the summer Portugal was still considered a model student in Corona containment.

How did it come to this in Portugal?

The  answer should also give other EU countries food for thought. Because Portugal did not make the one big mistake that the others can now avoid. Rather, a chain of circumstances has led to this result, which one can easily imagine in other European countries.

That makes the result all the more dramatic: “We are currently experiencing the worst moment since the outbreak of Corona,” says Ricardo Mexia, President of the Association of Public Health System Doctors (ANMSP), WELT on the phone. “We are extremely concerned.”

Mexia reports that the system for contact tracking of those who tested positive is overloaded and the number of people who need treatment in hospitals for Corona is steadily increasing. “

The  hospitals have difficulty treating everyone appropriately.”

Before the Corona crisis, Portugal was one of the EU countries with the lowest density of intensive care beds. Since then the government has tried to increase the number of beds. However, as in so many other countries, there is only a limited number of trained health workers in Portugal who can also look after the intensive care beds. In order to avoid triage situations, patients are currently being transferred from the particularly affected capital region to the north and south of the country.

To understand how Portugal got to this point, one has to start with the government’s pandemic management. In the first wave, it acted swiftly with a view to neighboring countries and issued a strict lockdown that was extremely effective. But at the same time it had extremely negative effects on the economy, which had only recovered from a long and severe crisis in 2018.

The  virus destroyed hope for urgently needed economic growth. In order to keep the damage as low as possible, the government decided against another hard lockdown after the summer at the beginning of the second wave. Only evening alcohol bans in public and assembly bans were issued. Portugal tried its version of the Swedish way.

When it became clear that the strategy would not work because the number of infections and deaths continued to rise, the government finally issued further restrictions in early November, such as partial curfews and travel bans for regions with a high number of infections.

The  daily number of 626 new infections per million inhabitants could be reduced to 351. At the time, however, Portugal was still ahead of countries like Germany (305) or Italy (252).

And then there was Christmas and – as in many other EU countries – in Portugal, too, the measures over the festive season were relaxed and travel restrictions lifted. That decision was the start of an explosion the country is now suffering from. This is also confirmed by Pedro Simas, virologist at the Molecular Institute of the University of Lisbon: “

The  virus was already circulating at a relatively high level, and then people met and went shopping – that had a dramatic impact on the infections.”

In addition, Mexia has identified a tiredness in the population towards the measures that have led to them being followed less strictly. An effect that, in his opinion, was intensified at the beginning of the vaccination campaign: “When the vaccination started, people thought that everything would get better now, and they became even more careless.”

In addition, the English mutation of the coronavirus was already circulating in Portugal at this time, which experts feared because of the high risk of infection. It is not exactly clear what part the mutation played in the strong outbreak. But on Tuesday the Portuguese government released new figures, according to which 15 percent of the current positive corona tests are due to this variant.

The  infection curve that we are currently seeing does not yet reflect the full potential that the new variant can develop,” Simas analyzes. His prediction is that it will be the dominant variant in the future.

After all, the solution to Portugal’s problem is clear: “A tough lockdown. This is also the path that the Portuguese government is now going, ”explains Simas. On Monday, she issued strict measures that include, for example, a home office requirement and a ban on staying outside longer.

The y have been in force since Wednesday.

The  schools alone should not close.

And hope is in sight: “Thanks to the vaccinations we are at the beginning of the end.

The  vaccination campaign will make a big difference in the spread of the virus. ”In order to assess how effective the vaccination is, Simas is looking at Israel these days, which vaccinates particularly quickly. Around a third of the population there is already supplied with the Pfizer active ingredient. “

The refore we should see in the coming weeks that significantly fewer people there have to be treated in the hospital.”

FC Bayern involved in perfect staging? Revelations about the scandal...

Bundesliga: Leverkusen boxes Dortmund out of the title race

Makeover at “The Biggest Loser”: Franken-Toni now looks so thin |... 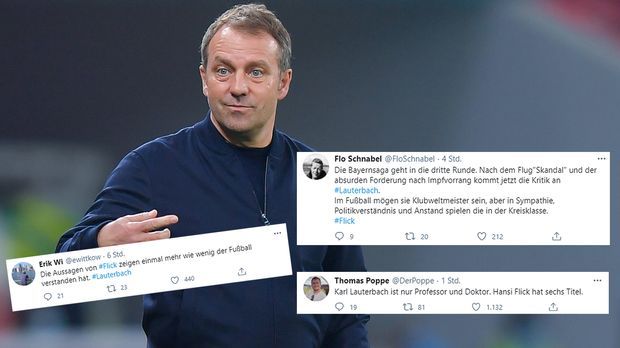 The network reactions to Baye’s statements