For almost eight hours, Chancellor Angela Merkel and the Prime Ministers of the 16 federal states struggled to find the right way Number of new infections with the coronavirus in the long run reduce.

The  aim remains as soon as possible Return to a “normal” life.

This also includes the Visiting schools and day-care centers. This has been in force since the resolutions of the Shutdowns restricted on December 13, 2020. Because of the scientifically proven viral load that children should also carry Homeschooling and Taking care of the children can be largely retained at home.

Baden-Württemberg however, announced by its prime minister Winfried Kretschmann from the Greens on, probably from February 1st an Gradually reopen primary schools and daycare centers to want. And this is what Kretschmann said while the Press conference in Berlin to explain the latest agreements was still running.

Kretschmann: “Open schools if the infection situation allows it”

Kretschmann let it be known that he was aiming to reopen daycare centers and elementary schools, “if the Infection layer that allows “. Because:”

The  Little ones suffer but mostly when they cannot come into contact with other children. “

Baden-Württemberg Minister of Education Susanne Eisenmann from the CDU welcomed this step. “Minister of Education Eisenmann has been campaigning for weeks to differentiate according to age and to open daycare centers and elementary schools as soon as possible,” said a spokesman on Tuesday evening. “In this respect, she expressly welcomes the Prime Minister’s announcement.”

The  Resolutions of the Prime Minister’s Conference let Leewayin order to be able to offer face-to-face operation in daycare centers and elementary schools – provided there is no compulsory attendance.

No attendance requirement at schools in Baden-Württemberg for months

In Baden-Württemberg it is Presence requirement since early summer 2020 exposed. This means that parents don’t have to send their children to school if they don’t want to. “We finally need one, especially for smaller children and their parents perspective“emphasized Eisenmann.

Kretschmann was all about campaigning for “an early perspective for the little ones” and their parents Post on Facebook announced five days before the agreement was reached with his country colleagues and the Federal Chancellor.

During their deliberations, the federal and state governments agreed on an extension of the lockdown.

More restrictions on movement in hotspots: Tougher lockdown for Germany –... 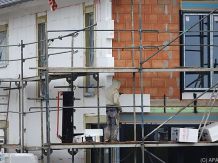 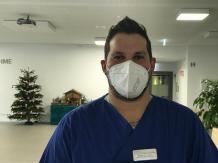 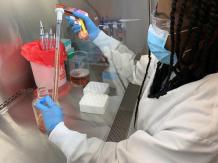 So far, almost 25 million people infected with corona in the...