The German President Frank-Walter Steinmeier speaks about the establishment of the Reich 150 years ago. In the discussion that follows, he wisely leaves the floor to the historians.

Even if nobody says it so openly, the corona pandemic also has its advantages: Unloved anniversaries, for example, do not have to be celebrated too big. The 150th anniversary of the founding of the German Empire on January 18 is one such occasion. On Wednesday, the German President Frank-Walter Steinmeier discussed with historians in Berlin what the German Empire still has to say to today’s Germans.

Bicycles from the net: tips for buying online

Volkswagen: Common stocks are going through the roof – strong interest... 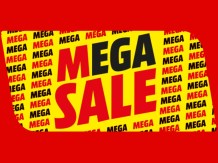 The 4 best deals in the “Mega Sale”