If the big parties have their way, all those entering should be tested and quarantined for five days. Andreas Züllig from Hotelleriesuisse is critical of this.

It has broken a taboo: in an open letter to the Federal Council, the presidents of the parties demand a stricter entry regime. That writes the “SonntagsZeitung”. This would affect tourism.

The  idea of ​​the presidents consists of a combination of tests and quarantines. GLP President Jürg Grossen told the “SonntagsZeitung” that “temporarily hardly more or significantly fewer tourists from abroad should come to Switzerland for holidays”. Unfortunately, this is necessary, “because this is the only way we can protect the health of the population and the effectiveness of our measures, as the experience of recent weeks has shown”.

If you want to come to Switzerland in the future, you should have to present a negative corona test at the airports or border crossings and also go into quarantine, so the idea.

The  letter was signed by all the presidents of the Federal Council parties, GLP President Grossen and Greens leader Balthasar Glättli.

The  concept provides that a “comprehensive quarantine” or “quarantine light”, depending on the epidemiological situation, must be entered even in the event of a negative test, writes the “SonntagsZeitung”. According to Grossen: “

The  requirement means that apart from cross-border commuters and day-to-day business travelers, everyone who enters Switzerland must be in quarantine for at least five days.” In the case of a quarantine light, on the other hand, leaving your own home for exercise, sports and the like should remain allowed. Visits to restaurants or shops were still prohibited.

The  loser of such a stricter entry requirement is the tourism industry. So it’s no wonder that the joy about it is limited.

The  letter from the party presidents seems to be more of a political activism than an evidence-based fight against pandemics,” said a statement.

Further tightening of the quarantine requirement would destroy hopes of an increase in travel activity in spring and summer, it said. “If politicians want Switzerland to continue to have a functioning aviation and tourism industry in the future, a test system must now be established at the borders that guarantees both safe travel and jobs.”

The  union sees a “test system that prevents the quarantine obligation, not supplements” as useful. So different from the idea of ​​the parties.

Andreas Züllig, President of Hotelleriesuisse, says he can understand the test strategy.

The  five-day quarantine is completely different. “

The  quarantine would be a signal: Don’t even come to Switzerland,” says Züllig. This has a strong impact on tourism in Switzerland. “Nobody comes here if they know they can’t do anything for five days.” In addition: You cannot leave the hotel industry open, but you can constantly tighten the conditions.

Claims would come too late

Nicolo Paganini can do more with the idea. He is the Central National Councilor and President of the Swiss Tourism Association. He says: “

The  proposals are going in the right direction. We have been calling for more testing for a long time and for that reason, shorter quarantine or no quarantine at all. ” However, a clear exit strategy is needed in order not to stall travel activities from abroad in spring and summer.

The  party presidents plan to do this.

The  open letter states that if there is a positive development, the quarantine can be weakened or replaced by a rapid test strategy. “At the moment we have very few foreign tourists, so a tightening at the moment would not have any major impact on tourism,” says Paganini. Restaurateurs in particular make great sacrifices, says Paganini. It would be a shame if the successes from the domestic restrictions were jeopardized with the introduction of the virus from abroad.

Hans Wicki, FDP Council of States and President of Seilbahnen Schweiz, assumes that international guests will be rare in Switzerland until the fourth quarter anyway. “As long as Europe is not considered safe, the large masses will not come to Switzerland,” says Wicki. Until then, Wicki welcomes a good test strategy, if necessary in combination with a shortened quarantine. What he cannot understand, however, is the timing of the demands. “We should have discussed that in November,” said Wicki. 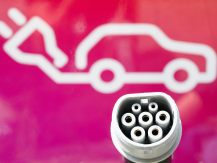 Austrians in second place in Europe for financial well-being

Attack on synagogue: life for the Halle assassin | Germany...

Why St. Pauli is fighting for survival in the 2nd Bundesliga