Everything was arranged for FC Barcelona. Thanks to a brace from Antoine Griezmann, they were 2-1 ahead just before the end. But then Athletic Bilbao’s coach Marcelino Garcia had a flash of inspiration.  The  55-year-old, who only took over the reins of the Basques on January 5 of this year, made his double substitution in the 83rd minute for star striker Raul Garcia – he had previously knocked out Real Madrid with a brace in the semifinals – and brought a certain Asier Villalibre.

When the 23-year-old entered the square, people rubbed their eyes in amazement. In the end, the center forward seemed to have a few extra pounds on his ribs. On the club website, Villalibre is listed as being 1.84 meters tall and weighing 86.5 kilograms. With his long beard, the supposed professional footballer was more reminiscent of a barista from a hip Spanish holiday resort. Instead of clean-shaven legs, wild fur shimmered between the gauntlets and trousers. And the hair on the back of the neck was also clearly visible.

The  local hairdressing association – in contrast to their German colleagues – certainly has no reason to complain about Villalibre.

When the Catalan stars already had a hand on the cup in the final minute, this Normalo confidently used a free kick cross into the net to equalize 2-2. In extra time, team mate Inaki Williams made it 3-2 with a dream goal. Barça tried to avert the inevitable, but got stuck time after time against the extremely stubborn Basques. Not a single one of the star troupe was able to prevail against the outsider.

Superstar Lionel Messi had to get the balls deep in midfield. Seldom has the Argentine had so few ball contacts. And when, the six-time world footballer was stopped. By all regular – and irregular – means. In the 120th minute, Villalibre tried, of all people, to stop him on the way to goal with unfair means. Messi’s nerves were bare, with one punch he sent his opponent to the ground. While the Messi fans on Twitter could still be happy with gallows humor that he had the best left foot as well as the best right hand, the VAR already reported. It was the first sending off for him in a total of 753 games for the Barcelona Fanion team.

«I understand what Messi did. I don’t know how many fouls they committed against him. He tries to dribble and can’t, ”said his coach Ronald Koeman. He must first see the video images in order to be able to judge more precisely. A committee of the Spanish Football Association will examine the scene for this. Messi threatens a suspension between two and twelve games.

Landed again in the downward spiral

The  sheer frustration of the superstar, who erupted in violence, is certainly due to the last few months. He has long been dissatisfied with club policy and even publicly expressed his wish to move in the summer.

The  33-year-old was not allowed to leave, instead, his best friend Luis Suarez was sold to Atlético for small change. In autumn, the Argentine was a shadow of himself, his scorer values ​​deeper than ever.

Before the turn of the year, the number 10 seemed to have recharged its batteries. It didn’t take much to overthrow what many consider the greatest footballer of the modern age to be. It is not a good sign for the present and the near future of Messi, Barcelona and Argentina. Until now, in his long career, he has never given his opponents the satisfaction of taking the many – and sometimes tough – fouls personally.

Now he lost this innocence on Sunday evening. With Villalibre, who previously played for clubs like Real Valladolid, Lorca or Numancia, a normal mortal brought him down. As in a Greek tragedy, Villalibre still put the final punch by unpacking the trumpet and asking for the victory dance.

Cup – “giant scandal”: Kiel in the semifinals, Essen is angry about the referee

That’s why there are so many corona infected people in Speyer...

Again sharp criticism of the military in Myanmar 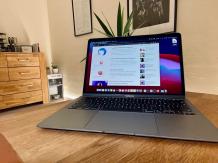 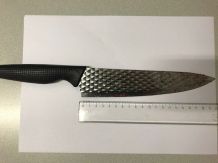 Violations of the nuclear treaty: Europe and the USA warn Iran...