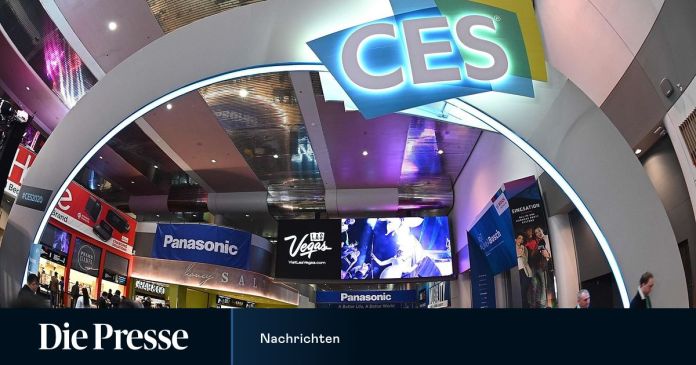 The Consumer Electronics Show is the starting signal for a new tech year. The pandemic, as can already be seen, has shown changed user behavior. This has an impact on the new products.

The technology fair CES (Consumer Electronics Show) – which usually ushers in the year in the tech industry with a fireworks display of innovations in Las Vegas – dares to experiment as a pure online event in times of the Corona. It’s a risky endeavor for the gadget show that kicks off on Monday.

If the online announcements of the companies linger in the vastness of the Internet, the traditional brand CES could be damaged. If things go too well, large manufacturers in particular could lose the incentive to spend a lot of money year after year for the appearance in the desert city. Like for example Apple has been relying on its own events for years and also shines at the Mobile World Congress and the IFA in Berlin by being absent without having a disadvantage.

A hybrid event based on the IFA model?

Exhibition boss Gary Shapiro is already preparing for the fact that after the end of the pandemic not everything will simply return to the old way. The organizers are already selling space in the halls for January 2022. Shapiro speaks of a “hybrid event”: “In addition to the on-site event, we want to make the most of the digital possibilities.” How exactly the mixture should look like was still unclear.

The IFA organizers tried a mix of physically present and online participants last year. Only a selected group of participants was allowed to report on the innovations on site. The trip was not started by everyone, for fear of being infected on the way there or even having to spend two weeks in quarantine. Nevertheless, the event was a success for the organizers. There were no documented cases of infection or even clusters. However, it can be ruled out whether the model has a long-term future.

The CES has so far lived from the fact that tens of thousands of industry insiders and thousands of journalists from all over the world gathered in one place and feverishly fought for days through a flood of new products and ideas. Especially for start-ups with their limited resources, it is a rare opportunity to quickly get a lot of attention and show their products in action. One of the most valuable things at CES is the opportunity to walk through the halls and discover “hidden treasures,” says industry analyst Carolina Milanesi. “You can’t do that when you scroll through a list,” she complained on the BBC.

The distance also has disadvantages

The disadvantage is also that with a purely online event, contact with the manufacturers is limited and new models cannot be examined on site.

Most recently, the fair had also increasingly become a showcase for the automotive industry. Aggressive young electric car suppliers as well as established manufacturers preferred the technology show to the dusty auto show in Detroit as the industry changed to computers on wheels. This year, while the shift towards electromobility is accelerating, they will have to do without this platform.

Industry observers expect the CES innovations this year to reflect the changing interests of users as a result of the pandemic. “Consumers spend more time working at home. Consumers spend more time entertaining,” outlines analyst Thomas Husson of the market research firm Forrester Research. As a result, there is a revived demand for high-performance notebooks, better televisions and headphones for gamers, among other things. As a technological novelty from CES, new displayTechnologies on TV sets. In addition, increased health awareness drives interest in devices such as air filters and fitness technology.

But you have to see a new television in action in order to assess the picture quality. You have to hear a loudspeaker. A Smartphone you have to hold it in your hand. Industry insiders therefore firmly assume that the industry will continue to need a platform like the CES or the Berlin counterpart IFA. “We will definitely be back at CES,” says the head of the hifi specialist Harman, Michael Mauser. The US company with well-known brands such as JBL, AKG or Infinity, which was taken over by Samsung, normally books a large exhibition space in the Hard Rock Hotel in Las Vegas. It’s about experiences for customers, emphasizes Mauser. “You have to feel it. We will come back as soon as we can.”

The area around Embolo wanted to eliminate the corona scandal with...