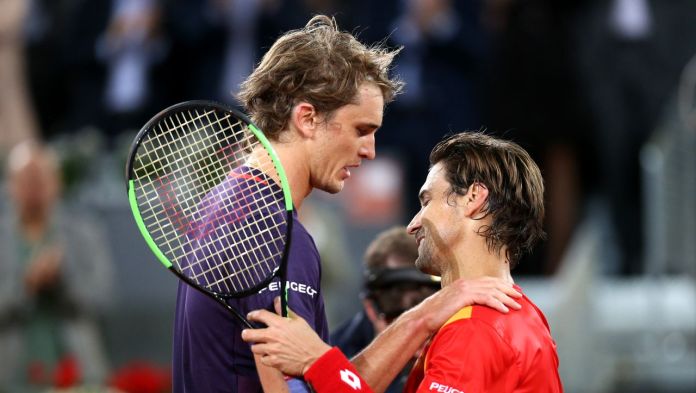 With the start of the new year, Alexander Zverev and his trainer David Ferrer ended their collaboration. “I want to thank David for the months we’ve shared, the times on and off the pitch, and wish him all the best for the future. I have a lot of respect for the way David played and trained tennis. You are a real inspiration. Thank you, «wrote the world number seven Zverev in a statement on Thursday.
Ferrer had previously announced the end of the collaboration in Spanish media. “I spoke to Sascha and told him that I prefer not to continue, that we will not go into the new season together,” said ex-professional Ferrer the tennis portal “puntadobreak.com”.

The coach emphasized that “absolutely nothing happened between us, everything is fine. I am very grateful to him that he gave me the opportunity to go through the season with him «. And he drew a positive conclusion: “We had a good cooperation during these months, everything was perfect.” Zverev also thanked the von Ferrer family, “for giving me the opportunity to spend valuable weeks with David during the current pandemic. «

Only last summer, after a 15-day test phase, Zverev announced that he would work with Ferrer. “We get along incredibly. We are now a team, ”he said on August 1st, after noisily parting ways with his ex-coach Ivan Lendl the year before. Zverev has not yet managed to permanently emancipate himself from his father Alexander as a trainer. The attempts with Juan Carlos Ferrero, Lendl or now Ferrer all ended relatively quickly.

It is still open who will succeed Ferrer’s successor

The duo’s greatest success was their entry into the final of the US Open. For Zverev it was the first ever entry into a Grand Slam final. In October 2020, Zverev was able to win the two ATP tournaments in Cologne. However, the 23-year-old Zverev failed prematurely at the ATP final in London.

Away from the field, the past year was turbulent for Zverev. He was criticized for his participation in the Adriatic tour co-organized by Djokovic and for disregarding the hygiene rules. In addition, despite the announced isolation, he took part in a party on the Côte d’Azur. A former partner raised allegations of violence against him, which Zverev vehemently denies.

In December, Zverev reached an out-of-court settlement in the legal dispute with his ex-manager Patricio Apey. The process concerned the legality of a contract that Apey had concluded in 2012 with the then 15-year-old Zverev. According to his lawyer, the tennis star was waived 1.4 million euros.

It is still open who will succeed Ferrer’s successor. The separation comes at an inconvenient time, in the middle of the preparation for the season in which Zverev wants to crown himself the Grand Slam winner.

Zverev’s first appearance is planned at the ATP Cup in Australia together with Jan-Lennard Struff and the French Open winners Kevin Krawietz / Andreas Mies. The team competition will take place from February 1st to 5th just before the Australian Open. Last year, the German team failed with just one win in the group stage.

Everyone wants Apple: Germany is in the iPad dilemma

Lidl has these ingenious things on offer from today (December 21st)

Munich: Driver can no longer find his Porsche Cayenne

Damper for Atletico Madrid in the championship race

An alpine weekend pretty much to forget