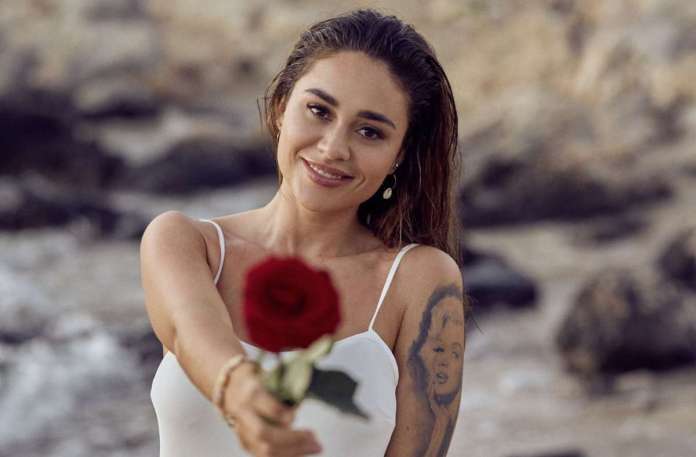 The  “Bachelor” relay kick-off provided topics for discussion for the podcast of the same name.

The  last “Bachelorette” Melissa Damilia from Stuttgart revealed in the format which favorites she has and what her future plans with Leander look like.

The re is again a lot of flirting on RTL: In the first episode of the new “Bachelor” season, in addition to gossip and bizarre moments, the first approaches between Niko Griesert and the candidates were seen. In “

The  Podcast” Melissa Damilia from Stuttgart, “

The  Bachelorette” from last season, now gave her assessment of the women and also revealed how things are going with her boyfriend Leander.

Steffi Brungs and Inken Wriedt talked about the “Bachelor” relay kick-off. Melissa was enthusiastic about RTL quota romantic Niko and has already identified two favorites among the candidates – Mimi and Michèle.

Melissa and Leander already knew each other

We remember: When Leander and Melissa saw each other for the first time, the Swabian heart slipped for a moment. Leander was a friend of her ex-partner, whom she had not met personally before. A circumstance that Melissa was able to leave behind after a certain time, as she told our newspaper shortly after the final. “It took a while, but in the end I would have broken a wonderful partnership as it is now through constant headache.”

The  relationship seems to continue to solidify. Although the couple are 400 kilometers apart, they see each other every week. But commuting is not a permanent solution. When asked about joint plans, Melissa revealed: “We are currently looking for apartments.”

The  new adopted home is said to be in North Rhine-Westphalia. “I would have to leave my Stuttgart.” A step that she apparently takes for love.

Accident on the Autobahn near Plauen: Two dead in a truck...

Hirsch throws at the car in an accident: the driver dies...

Weather in Munich: DWD with official warning and urgent notice –...