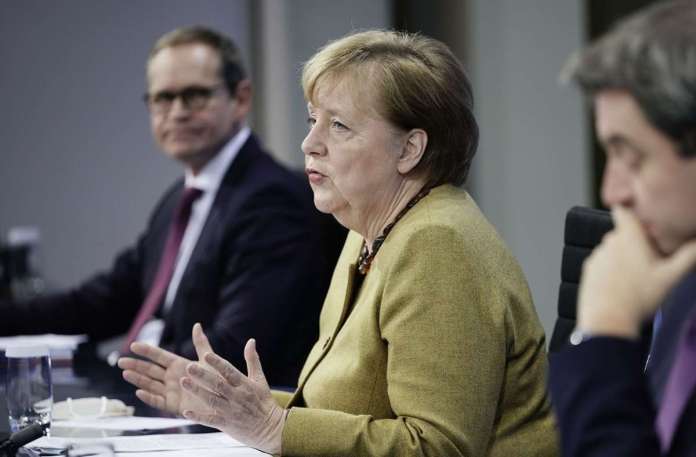 The corona virus continues to spread, as a look into the intensive care units shows. Therefore, shops should remain closed longer and private meetings should be restricted even more. The lockdown at schools and daycare centers will be extended until the end of January.

Berlin – Since the number of corona infections is not falling significantly, people in Germany have to be prepared for further restrictions for the next three weeks. Chancellor Angela Merkel (CDU) and the heads of government of the federal states agreed in an online conference on Tuesday to extend the lockdown rules originally agreed until January 10th until the end of the month, as well as even stricter contact restrictions in the private sector.

In addition, for districts in which more than 200 people per 100,000 inhabitants are newly infected within seven days, the federal states are to limit the movement radius of citizens to 15 kilometers around their place of residence. If you live in such a corona hotspot and want to move further away from your home, you would have to provide a valid reason, such as the trip to work. According to the Robert Koch Institute, 68 districts currently have a correspondingly high incidence value.

According to information from the German Press Agency, an expert from the Max Planck Institute had stated in a preliminary meeting that “possibly” a “stay-at-home” arrangement or a limited maximum five-kilometer range of motion around the could reduce the number of infections Need residence. It also makes sense to reduce the number of passengers in local public transport to a quarter of the seats.

In Germany, there is only a limited range of motion in Saxony, where the number of new infections has risen sharply in the past three months. Here, citizens are only allowed a maximum of 15 kilometers from their place of residence, for example to do sports or to go shopping. Prime Minister Bodo Ramelow (Left) has now proposed a corresponding regulation for Thuringia, which is also heavily affected by Covid-19.

Many shops in Germany, but also schools and daycare centers, have been closed since December 16. There are also strict restrictions for private meetings, for example. Restaurants, cultural and leisure facilities had to close several weeks beforehand. The aim of the measures is to avoid contact between people and thus avoid infection with the coronavirus.

Only one person in addition to the household

Company canteens should be closed if possible. Private meetings should now only be possible with a person who does not belong to your own household. This means, for example, that two couples are not allowed to meet for dinner and that two children are not allowed to visit another child at home. In the decision of December, which was implemented by the federal states in their own, sometimes slightly different regulations, it said: “Private meetings with friends, relatives and acquaintances are still on your own and another household, but in each case on a maximum of 5 Restrict people. Children up to 14 years are exempt from this. “

In order to protect the residents of retirement and nursing homes from Covid-19 and from isolation at the same time, the federal and state governments want volunteers to be temporarily available in these facilities to test staff and visitors for the corona virus. If parents cannot go to work because the school and daycare center are closed, additional child sickness benefits should be paid for ten days. The regulations for people entering from risk areas are to be tightened. In principle, a corona test should be made directly at entry.

41 percent are in favor of unchanged retention

The question of who is responsible for the slow start of Covid-19 vaccinations in Germany and how more speed can be made is still a matter of dispute. Since the start of the nationwide vaccination campaign after Christmas, almost 317,000 vaccinations have been reported according to the RKI. Health Minister Jens Spahn (CDU) had rejected criticism with reference to the manufacturers’ limited production capacities.

Next consultations on January 25th

“It is crucial that Germany has sufficient vaccine available and that the vaccinations are coordinated, run quickly and consistently,” said the Greens chairman Robert Habeck. “The production capacities and the available amount of vaccine must be increased as quickly as possible, the processing must run.” AfD chairman Jörg Meuthen said: “Regardless of how you feel about the corona vaccination, every citizen should have the opportunity to get vaccinated. “The federal government failed to procure a sufficient quantity of vaccine at an early stage. The Chancellor and the heads of government of the federal states want to discuss how things should continue from February 1st on January 25th.

The German health authorities reported 11,897 new corona infections to the Robert Koch Institute (RKI) within one day. In addition, 944 new deaths were recorded within 24 hours.

Austrians were looking for these games the most in 2020 –...

The start of the corona vaccinations in Germany gives hope in...

Surprising job cuts in the US labor market 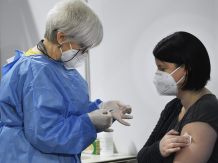 This is what Vienna’s new coronavirus vaccination plan looks like –...

How China nipped criticism of corona management in the bud