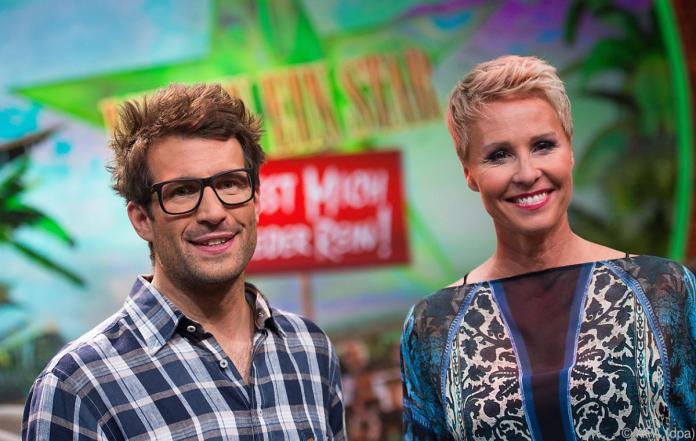 The jungle camp, a kind of primordial mother of trash TV, has a descendant: From “I’m a star – get me out of here!” will be “I’m a Star – The Great Jungle Show”. It starts on January 15th. In contrast to previous years, the show is not looking for a “jungle king”. Instead, RTL is awarding a “Golden Ticket”, which should enable its holder to play for the Gaga title in 2022. The winner of the “jungle show” goes to the next regular jungle camp.

It’s almost forgotten, but almost exactly a year ago the jungle camp began in the midst of a major crisis. In Australia – the country where RTL traditionally lets its celebrities starve in rice and rain – devastating bush fires raged. Nevertheless, it was broadcast from Down Under because the station found a way to deal with the situation appropriately. One could think: if even a hellish fire cannot stop Germany’s largest reality format, what then? Today we know the answer: Corona.

Because RTL does not want to send its people to the other end of the world in pandemic times, the outhouse in the distant jungle will remain unused in 2021. Instead, it is broadcast from the neighborhood – from Germany and from a studio.

The staff is familiar. RTL wants the popular jungle doctor “Dr. Bob” – actually not a doctor, but a trained paramedic – to be flown in especially for the show. As usual, Sonja Zietlow (52) and Daniel Hartwich (42) are present as moderators. In addition, there will be exams that can be expected to be worthy successors to disciplines such as kangaroo testicle eating or meat scrap digging.

Conservative jungle camp fans are likely to face difficult hours. The celebrities actually live during the show on a studio site in Hürth near Cologne, as one hears from informed circles. But: It’s not an open-air jungle. In addition, the magic of the format is in the clever candidate casting.

The RTL jungle was always good when the vacancies were well filled – from the heated old frontiers (Mathieu Carrière, Winfried Glatzeder) to the suffering young model (Larissa Marolt, Gisele Oppermann) to the hit size that fables a lot from the past ( Bata Illic, Gunter Gabriel).

In this respect, the casting for the “jungle show” is still a lucky bag. D-celebrities like Nico Schwanz or the wedding planner Froonck Matthée have always been the lubricant of the format – but this time D-celebrities almost overwhelmed you. Many candidates are well known to those who are familiar with the reality genre (“Bachelorette” candidate Filip Pavlovic, “Germany’s next top model” candidate Zoe Saip, “Temptation Island” candidate Christina Dimitriou). The old star is Bea Fiedler, who used to appear in nude comedies like “Eis am Stiel 4 – Hasenjagd”. The term “old star” is thus stretched very far. Drag queen Nina Queer caused the greatest excitement, albeit in a negative sense: RTL threw her out again before the start, referring to a self-description as a “Hitler tranny”.

What is not, can still be. At least the field of candidates brought together in this way should make a real effort. In addition to the Australia ticket, there is prize money of 50,000 euros.

The duel of the newcomers: Arminia Bielefeld – VfB Stuttgart 3-0

Simone Mecky-Ballack shares a rare photo with her husband

Agreement on billion-dollar program: Italy’s government alliance on the brink