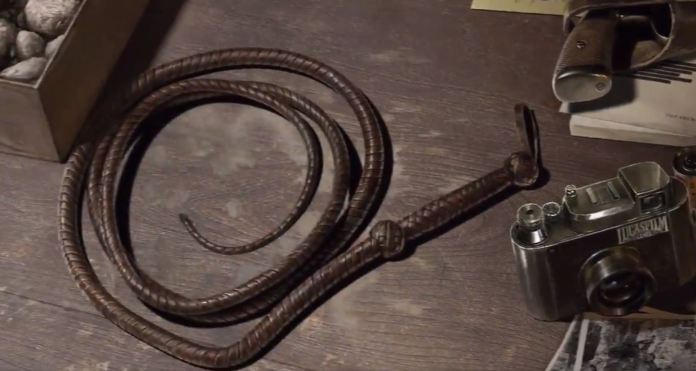 A new “Indiana Jones” was announced yesterday afternoon. Bethesda veteran Todd Howard is the executive producer. Howard is also Game Director on Bethesda’s new-gen games “Starfield” and “The Elder Scrolls 6”. He is also involved as an executive producer on Amazon’s “Fallout” series.

Starfield and The Elder Scrolls 6 not affected

With so many simultaneous productions, the question arises as to whether any of Howard’s projects could be affected by the Indiana Jones game announced yesterday. Bethesda Marketing Director Pete Hines denied such a fear. On Twitter, he stressed that “Starfield” and “The Elder Scrolls 6” will not be affected by the announcement of the “Indiana Jones” game.

“Todd is currently [ausführender Produzent] with many [Bethesda Game Studios] and other projects, such as the Fallout TV show. His main focus remains on directing upcoming games, Starfield and TES6, which are unaffected by today’s news, ”said Hines.

It is unclear which publication order Bethesda relies on. It is expected, however, that “Starfield” will be launched before “The Elder Scrolls 6” follows. When the “Indiana Jones” game will appear is completely unclear.

In addition, there is the fact that a third “Wolfenstein” game is being planned. This is the end of the MachineGames trilogy. It is unclear how the Indiana Jones announcement could affect this project. When asked about this, Hines told GameSpot, “I have no information beyond what is in today’s announcement.”

What is certain is that the “Indiana Jones” game will tell its own story. Details are still pending. At least in the film series, Nazis are more likely to get upset. Thanks to the “Wolfenstein” development, it is familiar terrain for MachineGames.

However, it is questionable whether PS5 players will even be able to enjoy “Indiana Jones”. If everything goes according to plan, Microsoft’s $ 7.5 billion takeover of Bethesda and parent company ZeniMax will be completed this year.

So far, the company has not wanted to reveal whether the Xbox manufacturer will rely on complete exclusivity in the future. In the case of “Indiana Jones”, existing contracts could include a PS5 launch.

Corona rules still exist for a few months despite vaccinations

Does Daniel conquer Melissa’s heart with THIS sentence?

APG welcomes the resolution of the network reserve in parliament

HORNBACH share rises sharply after jump in sales and profits |...

Corona easing: amateur sport has to wait until March 7th –...

Chelsea FC fail against Aston Villa – Werner and Havertz only...