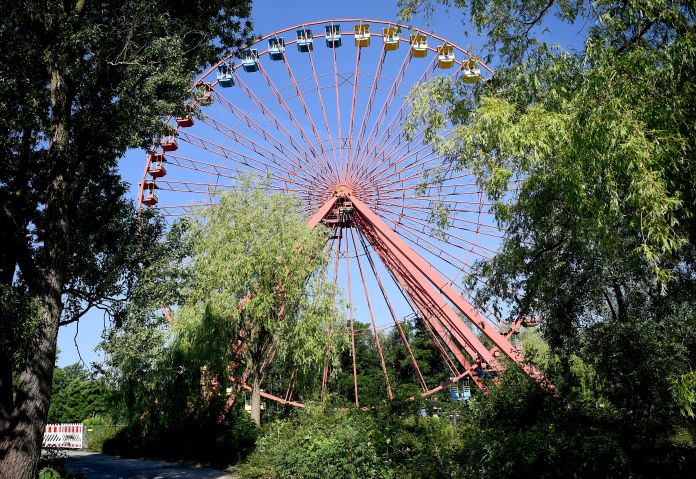 BerlinThe 45 meter high Ferris wheel from the Spreepark in Berlin-Treptow is being renovated. It was shut down over two decades ago, but will turn again for visitors in the future, announced the Grün GmbH on Tuesday. This week the extensive work on the frame, which is visible from afar, should begin. Details should be given at a digital press conference on Thursday.

During a tour of the former GDR amusement park in Plänterwald, Environment Senator Regine Günther (Greens) declared in 2018 that 48 million euros from various pots were planned for the reclamation of the 23 hectare area.

Millions of GDR citizens made a pilgrimage to the Treptow district before the fall of the Wall to have fun there. The “Plänterwald Culture Park” was the only large amusement park in the country. It was opened in 1969 on the 20th birthday of the republic. According to Grün Berlin GmbH, the red Ferris wheel with 40 gondolas was built as the successor to a smaller construction in 1989 shortly before the end of the GDR.

According to Tagesspiegel, the Ferris wheel will first be dismantled and broken down into its individual parts. A company will therefore examine which of them are suitable for reconstruction. In the future, the Ferris wheel should offer a unique visitor experience thanks to its artistic design and staging.

After the fall of the Berlin Wall, the restart of a fairground operator with millions in investments ended in chaos. Not much was left of the rides from the GDR. In 2001 the park was closed, the operator went bankrupt and went to Peru with some carousels.

The area was falling into disrepair. In 2014 the Berlin Liegenschaftsfonds bought back the Spreepark. Since then we have been working on the restart.

Berlin & Brandenburg: Disturbance on the S-Bahn line in Mitte probably...

Kernen-Rommelshausen: Drunk scooter driver without a license causes an accident on...

With this video, daft punk stop