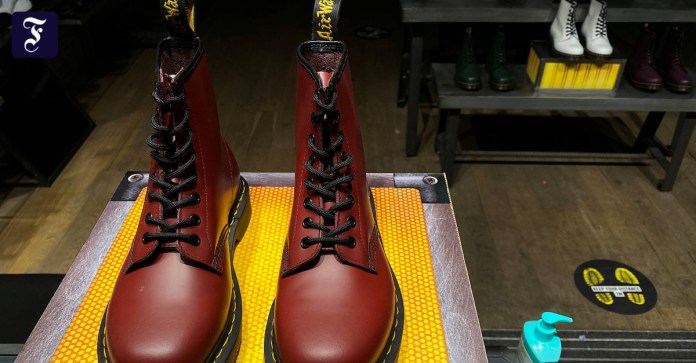 As a fashion accessory, political statement and work shoe, the “Dr. Martens ”has been in demand for 60 years.
Image: Reuters

The owners of the globally known brand want to make a lot of money by going to the trading floor. When did fashion lovers and investors share shares in Dr. Martens can draw, but has not yet been determined.

Dhe British shoe manufacturer Dr. Martens, who is known for his thick-soled lace-up boots, wants to dare to go public. The company announced on Monday in London. So far, Dr. Martens is majority-owned by the private equity firm Permira, which plans to sell its shares in favor of the IPO on the London Stock Exchange.

Dr. Martens, which first launched its cult boots in 1960, sells more than eleven million pairs of shoes in over 60 countries every year. Managing director Kenny Wilson sees “significant global growth potential”. Despite the pandemic, Dr. Martens increased its sales by 18 percent in the second and third quarters last year. The total turnover in the past fiscal year was £ 672 million (around 745 million euros).

Second round of mass tests started in Vienna

How the FDP wants to go into the Bundestag election year:...

#heiseshow: Foldable smartphones and new flagships – which ones are worthwhile?