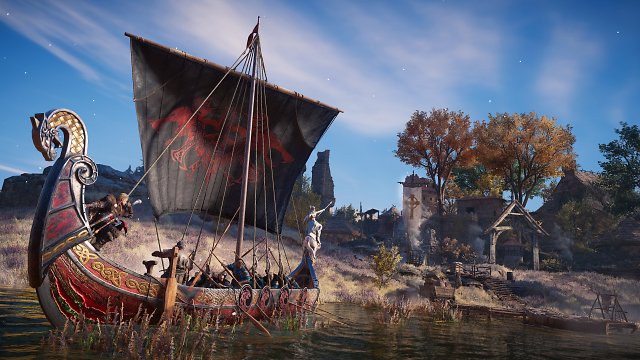 January 21, 2021 at 5:40 pm
of Jonathan Harsch –
According to a rumor, the next part of the Assassin’s Creed series will be presented this summer and will partly take place in Germany. In addition, the leaker wants to know details about DLCs for Valhalla.

That would be awesome: An anonymous user on 4Chan wants information on the next Assassin’s Creed. This is to be presented to the public (presumably as part of E3 2021) this summer. According to the alleged leaker, the setting is Germany and France in the Middle Ages. That would of course be a dream, not just for us. Many players have been waiting since the first Assassin’s Creed for the series to return to the Middle Ages.

The  game’s working title is reportedly Assassin’s Creed Champions. Ubisoft should plan the release for the beginning of 2022.

The  leaker also has a lot to say about the upcoming DLCs for Assassin’s Creed Valhalla. Wrath of the Druids is due to come in March. Here Eivor travels to Ireland to ally himself with the King of Dublin and uncover the secret of a druid cult. In June, shortly before the E3, the siege of Paris allegedly follows. In order to penetrate into the capital of France, the Vikings get noble help. This DLC should be the most extensive and lead to the next part of the series.

Unfortunately, because the platform (4Chan) is not very reliable and the fact that the user wants to remain anonymous, we have to slow down the euphoria a little. It is very possible that it is a fake. However, the information about the DLCs is very specific, which is rather unusual for a fake leak, and the setting would make sense. We are excited.

The  most successful publishers in Germany in December 2020 were Nintendo, Sony and Ubisoft. Today there is the next award ceremony.

Ubisoft has now fixed a number of bugs for Assassin’s Creed Valhalla and added a new function for Playstation 5, PS4 and Xbox consoles.

07:24
AC Valhalla: Mega Trailer shows the many features of the game 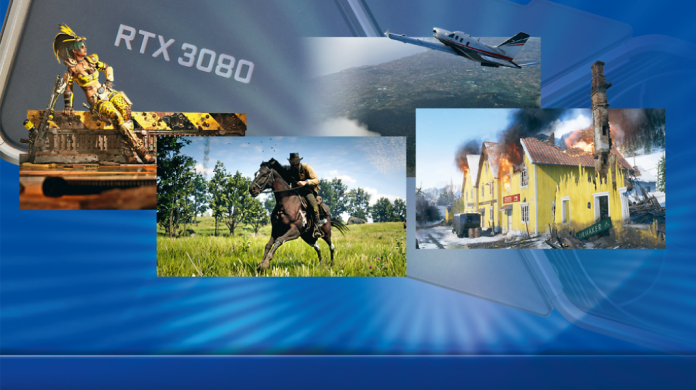 [PLUS] Geforce RTX 3080: What does PCI-Express 4 bring in Flight Simulator and other games?

PCGH Plus: With the new graphics cards of the Ampère generation, Nvidia has now also arrived in the PCI-E 4.0 age. But does the fast interface really provide additional performance, and if so, how much? We are testing Horizon Zero Dawn, Red Dead Redemption 2, Flight Simulator, Battlefield 5, Fortnite RTX, Borderlands 3, Doom Eternal and Necromunda.

The  next part could take place in Germany”

“I’m very worried”: Lauterbach: This is how the third wave comes

Contacts, openings and vaccinations in medical practices: This applies from Monday in Germany

Task force for test logistics: Spahn and Scheuer should fix it

Lower Austria: More than 2,200 laptops for “Distance Learning” distributed to...

US stock exchanges get off to a friendly start – the...

Quotes for the game FC Bayern