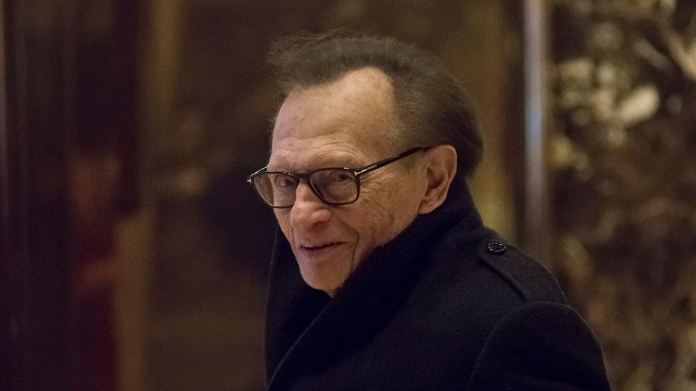 The  “radio giant” is dead
Contemporary history was his guest

He brought Palestinian chief Arafat and Israeli Prime Minister Rabin to one table, interviewed Marlon Brando and Snoop Dogg. Larry King dies at the age of 87 as one of the greatest American talk show hosts – and as a victim of Covid-19.
It felt like there wasn’t anyone who wasn’t ready to speak to Larry King. US presidents from Gerald Ford to Barack Obama, world-famous musicians and withdrawn actors – sooner or later they all sat across from King. With his relaxed interview style, he also lured public-shy celebrities in front of the camera and brought the famous and powerful to an audience of millions.

On Saturday, King died in a hospital in Los Angeles at the age of 87, according to the news channel CNN, citing his son.

The  news was also announced on the moderator’s Twitter profile.

The  cause of death was initially not disclosed. At the beginning of January, however, it became known that King had been infected with the coronavirus and was in hospital with Covid 19.

The  extent of his illness, however, remained unknown.

King not only presented world history, he experienced it together with his viewers. His “Street Questions” – solid and simple questions that even “a guy on the street” would ask – showed even stiff heads of state from their human side. “Larry King Live” was a question and answer hour for America, embodied by the New Yorker with horn-rimmed glasses, shirt and suspenders. Soon after its launch in 1985, the show became a figurehead for CNN. It stayed on the air for 25 years, every weekday at 9 p.m.

Lawrence Harvey Zeiger was born to Jewish immigrants from Austria and Belarus in the Brooklyn neighborhood.

The  father died of a heart attack.

The  mother got the two sons through with her job as a tailor and with social welfare. Larry dreamed of a career on the radio, he liked to talk and a lot. On the recommendation of a TV announcer, he moved to Florida, where presenters were needed in the growing radio market. In 1957 it went on air for the first time. His manager thought the Jewish-sounding last name Zeiger was “too ethnic” and suggested the stage name King, inspired by a liquor ad in the newspaper.

King brought Arafat and Rabin to a table

His career seemed jeopardized when King was arrested and charged with aggravated theft in 1971.

The  charges were dropped, but it took several years for him to get back on his feet journalistically.

The  popular “Larry King Show” on the radio association MBS then became the forerunner of his famous TV show from 1985. It became the first show in which viewers could call and were shown live on television.

And soon they all came: top politicians, athletes, American heroes and weird characters. Even in the race for the White House, it seemed, candidates had to pass King first – entrepreneur Ross Perot announced his candidacy live on the show in 1992 (and lost). King brought the shy Marlon Brando in front of the camera as well as the Beatles, Frank Sinatra, Lady Gaga and rapper Snoop Dogg. In 1995, King even brought the three protagonists of the Middle East conflict to one table with Palestinian chief Yasser Arafat, Jordan’s King Hussein II and Israel’s Prime Minister Yitzchak Rabin.

Four years later, King was sitting across from a man named Donald Trump, who was then a real estate entrepreneur. Trump impressed King: With a comment on the program about King’s bad breath he surprised him, wrote King in his book “Truth Be Told” from 2011. Trump is almost a “caricature of himself” with the concept “Perception is reality.” In 2016, King Trump called a “great friend” but couldn’t elect him to be president.

“I still have questions”

The  then President Barack Obama described the talk show host as a “radio giant” when he announced the end of “Larry King Live” in 2010 after 25 years. According to CNN, in 53 years he had 50,000 interviews on radio and television and more than 6,000 programs on the CNN archives. About his clothing style, King said goodbye: “Whatever I do in life, the braces will stay.”

King’s private life was almost as turbulent as his show: he married eight times, including a woman twice, and had five children, two of whom died before him. In 1997, he married his seventh wife – ex-singer and TV host Shawn Southwick – in a Los Angeles hospital room three days before heart surgery. He had had a heart attack as early as 1987 and quit smoking the following year. Before that he smoked up to three packs of cigarettes a day.

In the book “Truth Be Told,” King recalls planning his last CNN show and how a radio host came to mind. “I asked all the questions and heard all the answers,” he said on his departure from the radio. “Not me,” writes King. “After 53 years, I still have questions.”

Corona and the sense of smell – smell nothing, taste nothing

Berlin researchers: Eliminate the corona virus, because coexistence is dangerous! ... 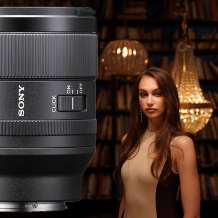 Aldi fires hundreds of employees: That is now changing for customers...