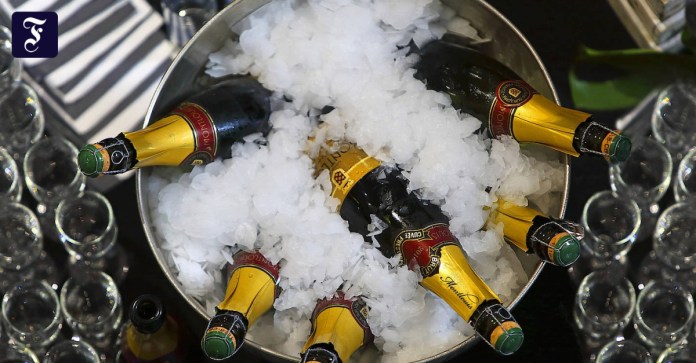 TDespite the global economic crisis triggered by the corona virus, the richest people in the world were able to significantly increase their wealth.  The  development organization Oxfam criticizes this in an evaluation that will be published this Monday.

The  wealth of the ten richest men in the world in December 2020 has “increased by almost half a trillion dollars to 1.12 trillion dollars” since February 2019, the organization writes, referring to the latest data from the “Forbes” billionaires list. In the period under review, which begins about a year before the outbreak of the pandemic, Tesla boss Elon Musk increased his account balance by $ 131 billion, and Amazon founder Jeff Bezos gained $ 60 billion.

Editor in charge of economic reporting, responsible for “Die Lounge”.

According to Oxfam, the ten richest people in Germany increased their wealth by more than a third in the almost two years up to the end of 2020 – to around 242 billion dollars.

The  highest absolute gain in this country was recorded by Dieter Schwarz, the owner of the Schwarz Group, to which Lidl and Kaufland belong. According to Forbes, his fortune has risen from $ 22.6 billion to $ 36.8 billion.

Oxfam is calculating what it would mean to distribute the newly acquired wealth of the super-rich among other people, and also wants to know that the money would be enough to vaccinate the entire world population against corona. However, the organization does not address the shortage of vaccines, which cannot be alleviated in the short term with money alone, and the fact that Amazon, Aldi and Co. have ensured the supply of the population during the crisis.

At the other end of the wealth spectrum, on the other hand, poverty is growing rapidly due to the coronavirus. Oxfam cites figures from the World Bank, according to which, before the crisis, almost half of humanity had less than $ 5.50 a day at their disposal, which corresponds to the World Bank’s expanded definition of poverty.

The  number of these people could have “increased by 200 to 500 million in 2020 alone”, according to Oxfam. Oxfam even estimates that by the end of 2020 at least 6,000 people in Asia and Africa will have died of starvation as a result of the crisis.

After many years in which prosperity has increased around the world and the poorest have also benefited, there is now a risk of a relapse into worse times. Experts fear that a decade or so of progress could be undone. In order to reduce the growing poverty and wealth of entrepreneurs, Oxfam is calling for, among other things, stricter antitrust law. This should ensure that the profits generated along the supply chain are distributed “more fairly”.

Coronavirus: Experts warn of a threatening situation for cancer patients

“The Masked Singer” final in the live ticker: This singer was...

The Czech Republic asks to take over Covid-19 patients

Meghan and Harry in an interview with Oprah Winfrey: Queen and...

Lockdown Cologne: Many shops in the city center are still open