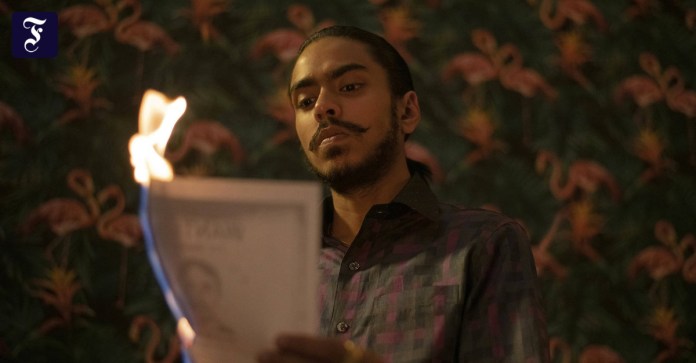 WWhy aren’t the chickens freaking out in their cage?  The y smell the blood of their fellows, who are slaughtered at Indian market stalls right in front of the cage. Why are the animals waiting for the knife? Balram Halwai, an unusually smart village boy from the lower caste, as rare as a white tiger, suspects the answer: You have forgotten that rebellion is possible. This is how his whole country works: servants who allow themselves to be exploited because they know nothing else.

The ir families are punished for violating this age-old rule. Balram does not know what Nietzsche wrote shady things about “slave morality” – the resentment-laden gaze of the weak on the strong, whose strength they blame for their own situation and therefore discredit as evil – but he knows that it is important to them transform: into a gentleman’s morality. It is worth every price to him. And it’s hard to believe how funny it is.

The  White Tiger”, Aravind Adiga’s picaresque novel about predatory capitalism, which won the Man Booker Prize in 2008, is a literarily powerful frontal attack not only on Indian society, but also on all soulful pitying talk about which he – furiously funny and consistently amoral – makes a double arc. It’s about self-empowerment, which a cunning protagonist demonstrates with all severity.

The  joke is often fed by contempt that extends in all directions. And where good intentions seem to be at work, it often gets particularly dark. How easily this antihero, who swaps morality for strength, even if the “betrayal” for his hated family probably means the downfall, could have mutated in the film into Bollywood Felix Krull, into a dandy who cheekily appealed to the decadent upper class Showing your nose around. A committed kitsch fairy tale in the style of “Slumdog Millionaire” (also 2008) was to be feared.

As close to the tone of the novel as possible

What the American filmmaker Ramin Bahrani (director and script) has now delivered for Netflix is ​​a triumph. His film comes as close to the spirit and tone of the novel as it gets.

The  decision for authentic settings also plays an important role. We see an unadorned, colorful, but above all dirty, chaotic, gloomy, heartless, corrupt to the core and, on the other hand, tastelessly rich India, with which the idealizations so popular in the West have little to do with. Hinduism, for example, only appears marginally, and then in a problematic exacerbation:

The  “stork” (Mahesh Manjrekar) – the richest man from Balram’s area and, after clever self-marketing, his employer – hates Muslims, which the protagonist exploits to get the higher-ranking driver who secretly prays to Allah to serve mercilessly. Balram learns quickly: empathy is weakness. And yet Bahrani’s film has nothing of a social reportage, because the fast-paced comedic staging that contradicts the social Darwinist struggle – laconically narrated from the off by the protagonist to brisk bhangra dance music by, of course, Panjabi MC – ensures the necessary degree of alienation.

Corona numbers from the RKI: More new infections than a week...

Coronavirus study – higher risk of re-infection in the elderly