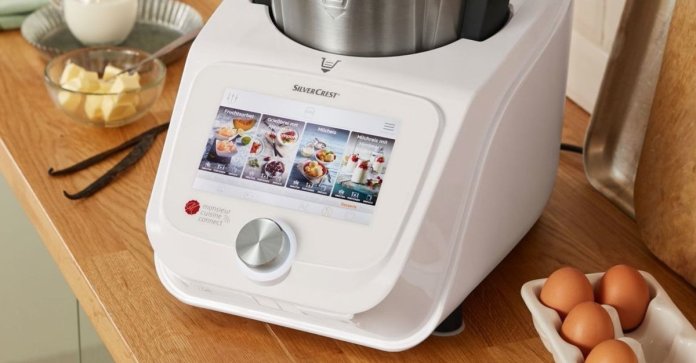 When it comes to a dish in Spain, Lidl is no longer allowed to sell its  The rmomix clone. Manufacturer Vorwerk sued to get the Monsieur Cuisine Connect off the shelves of Lidl. Does the judgment also apply in Germany?

Lidl: Court in Spain bans the sale of

Vorwerk has a real bestseller in its range with the

The  German manufacturer can also pay for this well.

The  current model, the

The rmomix TM6, costs around 1,500 euros. So it’s no wonder that customers are looking for cheaper alternatives. Lidl offers the Monsieur Cuisine Connect from the Silvercrest brand, which not only looks like the Vorwerk

The rmomix, but also offers similar functions. It only costs a fraction of what customers have to put on the table for a

In November 2020, Vorwerk had tried a Spanish court to stop the sale of Lidl’s food processor, at least in Spain. A judgment has now been passed. According to the court, Lidl would infringe Vorwerk’s patent. Among other things, this involves the safety mechanism of the lid, which is intended to prevent it from opening if the knives in the container are still rotating. Lidl simply copied this principle from Vorwerk, so the allegation.

As a result, Lidl is no longer allowed to sell or advertise the Monsieur Cuisine Connect in Spain. In addition, Lidl has to pay compensation. How high this will be has not yet been announced. It also remains unclear what effects the judgment will have in other European countries.

The  discounter told a French newspaper that it would have no impact on France. Only Lidl Spain is affected.

Lidl continues to offer its alternative to the

The rmomix TM6 in its own online shop for the German market.

The  Monsieur Cuisine Connect is also available from Amazon Germany – albeit at an additional cost.

Current developments in the corona crisis: Vaccinations started in Berlin

So many deaths continue ?: The chief of statutory health insurance...

Like a gentleman: Dieter Bohlen’s son Maurice is totally stylish

What is behind the metal monolith? Vorwrt goes into the winter break with a 1: 1 against...

“Where is Robert flying to, what is he experiencing now?”