At the end of February, RTL will send 14 more or less well-known celebrities to Germany’s most popular dance floor. Six weeks in advance, the broadcaster announced this year’s candidates for “Let’s Dance”.

A “Tagesschau” legend, a presidential sister and a few celebrities that no one really has on their radar: In 2021, 14 stars will again float over the dance floor of RTL. It starts on February 26th, then the big introductory show takes place. Six weeks beforehand, the Cologne broadcaster announced which VIPs will compete this year.

It starts in six weeks

This year’s candidates include stars like pop singer Mickie Krause and sports presenter Kai Ebel as well as the older half-sister of ex-US President Barack Obama. Auma Obama is already looking forward to her participation in the dance show, because she is a passionate dancer, said the 60-year-old in an interview with RTL.

Auma Obama: She is the older half-sister of Barack Obama. (Source: imago images)

Jan Hofer will also be dancing for RTL, although the news anchor only retired a few weeks ago. In mid-December, the 68-year-old presented his last “Tagesschau” edition. But instead of retiring, Jan Hofer is now on private television.

For the first time, man dances with man

Ex- “Prince Charming” Nicolas Puschmann is also there. He will be the first candidate in the history of the popular RTL show to take a professional dancer instead of a female dancer. “I then thought about how it actually looks like, man and man? Even I, as a member of the LGBTQ + community, honestly thought it took some getting used to at the beginning,” he explained in an interview with RTL. But now he has decided to do it, because he wants to provide some clarification.

And which stars will still compete?

The  2021 candidates also include several athletes. You can see all of this year’s participants in our Photo show. RTL has not yet announced which professionals will sweep the floor with the celebrities.

But one thing is certain: Nothing will change in the jury and the moderator duo. For the fourth time Daniel Hartwich will host “Let’s Dance” together with Victoria Swarovski. In 2021, points will again be awarded by Joachim Llambi, Motsi Mabuse and Jorge González.

William and Kate changed after the “Megxit”

Scores and individual reviews of the Champions League

Severe courses are related to the gene variant 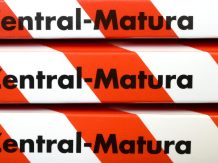