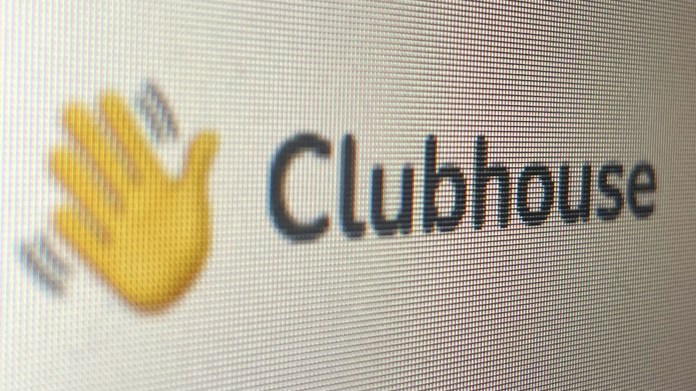 How big is the clubhouse bubble? It is tiny compared to other social media services. Last week, the founders Paul Davison and Rohan Seth, two million users logged into the app, in which iPhone users can hold virtual talks very quickly and easily.  The re has been strong growth in the past week, especially in Germany, Switzerland, Austria and Australia.

And of course this hype does not pass the Clubhouse investors by. With Andreessen Horowitz, Davison (Ex-Highlight, Ex-Pinterest) and Seth (Ex-Memry Labs) have brought on board a weighty investor who, according to rumors, valued the app at a billion dollars in the new financing round. But Andreessen Horowitz is not the sole investor – according to the founders, 180 different investors are on board, which indicates the syndication of many small business angels.

Part of the investment, about the amount of which is currently not available, is to be used for the development of the Android app. So far, Clubhouse is only available for iPhone, which excludes many interested parties from using it and has accused the app of only being able to serve a digital elite with expensive smartphones, but not the general public.

“Unlike our other attempts, Clubhouse seems to hit a nerve, and it has grown rapidly over the past ten months – from a small handful of beta testers to a diverse and growing network of communities,” said the founders. And also immediately state that the corona pandemic is a main reason for growth. “In one of the most turbulent and restless years that many of us have experienced, people in the clubhouse have come together for important and nuanced discussions on issues of social justice reform, BLM and anti-racism.”

The  core of Clubhouse’s growth will be the creators – those intensive users who not only listen passively, but also regularly organize talks, invite new users and actively contribute to the community. “Creators are the heart and soul of Clubhouse, and we want to make sure that all of the amazing people who host conversations for others are recognized for their contributions,” said the creators. “In the next few months, we plan to start our first tests that will allow creators to be paid directly – through features such as tips, tickets or subscriptions. We will also use part of the new funding round to introduce a Creator Grant program to support aspiring clubhouse creators. ”

Specifically, this means that chargeable functions will be added to the app. Creators will therefore be given the opportunity to request entry for their digital events or can receive small donations from users, as is the case with Twitch. This strongly suggests that the clubhouse makers want to establish a marketplace model in which the app serves as an intermediary between the organizer and the visitor. And as it should be for intermediaries, Alpha Exploration (that’s the name of the company behind the app) will then record part of the income – something like a trade fair organizer who receives money from the exhibitors for its infrastructure.

A second business model is in advertising and promotions. Because of the rapidly growing number of hosted talks, it is also becoming more and more important for the creators to be able to be discovered or to stand out from the crowd of talks. Chargeable premium functions (e.g. picture for the event, highlighting in the calendar, etc.) for large brands that want to present new products in the clubhouse would be a viable option.

“As we’ve grown, the number of conversations on Clubhouse has skyrocketed and it’s our job to help you find the right ones when you open the app. With this new round of funding, we’re going to be investing heavily in discovery so we can show you people, clubs, and spaces that are perfectly tailored to your interests – and help you discover new spaces that you never thought you would afterwards should look ”, so the clubhouse makers. That suggests algorithmic recommendation of content – and as it is on social media, this is a great way to make money off of advertising.

Michael Wendler: He sold his dream home in Florida to pay...

The call of the euro comes from the west

Sylvie Meis speaks for the first time about beauty interventions

Bob Dylan sells rights to all of his songs to Universal...