England’s most successful soccer teams will meet on Sunday. It has been a long time since they fought over the top of the table. Sky makes the club comparison.

For the first time since 1997, Manchester United and Liverpool FC meet and occupy the first two places at the same time. For a long time the Liverpoolers were the title hamsters in England until Sir Alex Ferguson took the helm and made arch-rivals Manchester United the English record champions.

Since the departure of the Scotsman in 2013, the headlines around the “Red Devils” have been rather negative and Klopp and his boys caused a sensation. Duels that could shape the championship in such a way as this season haven’t existed for a long time.

The  tension is there, because the reigning champions from Merseyside are currently not in the best shape. United, on the other hand, does. And, according to coach Ole Gunnar Solskjaer, the team is “ready for a great test (Live from 5.30 p.m. on Sky). Sky shows you in the club check who is ahead in which areas – sometimes also off the pitch.

Liverpool vs Manchester United – who is better where?

Lead by example: CEOs are increasingly using social media with a...

Windows 10 21H1: Release is getting closer

Price comparison: Coop is adding FFP2 masks to its range

These are the app winners from 2020 in this country 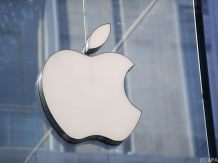