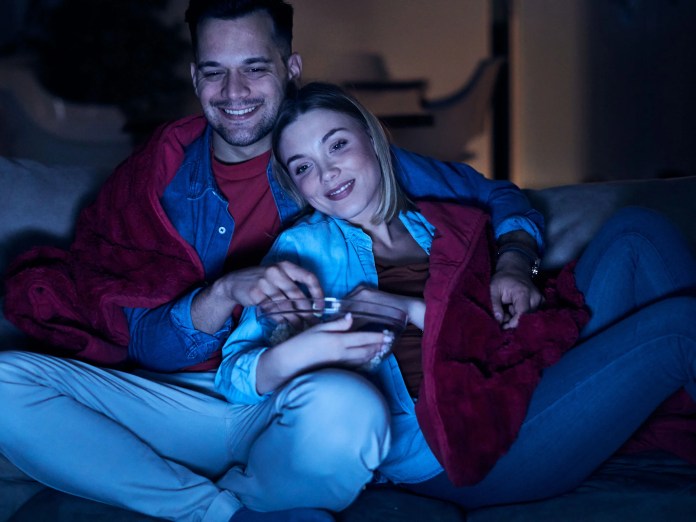 Would you like to be more active in sports but lack the motivation? Our sports films can give you a motivational boost. Let yourself be carried away by the different stories and then feel motivated enough for a round of sport. We have selected ten films with different topics, sports and genres for you.

The  Rocky films are some of the most famous boxing films out there. Sylvester Stallone in the lead role embodies the amateur boxer who wants to go far. In total, the film earned three Academy Awards and a Golden Globe. In a total of eight films you can watch Rocky training and his fights and take some sportsmanship with you.

Another classic among sports films is “Kick it Like Beckham”. Jess loves soccer and has no interest in the role her mother wants her to be the woman. She plays in a women’s soccer team and keeps this a secret from her parents, who are against it. A touching story of Jess who never gives up her dream of playing soccer.

Another classic sports film is “Karate Kid”. Daniel is bullied by his new classmates. He gets help from an old karate master who teaches him not only karate but also the philosophy of karate.

The re are a total of three Karate Kid films starring Ralph Macchio.

The  karate master actor Pat Morita got an Oscar in 1985 for the best supporting actor.

Who said you need two arms to surf? Bethany wanted to become a professional surfer. But she loses an arm when a tiger shark attacks her. However, she continues to pursue her dreams. It’s hard for her because she has to learn a lot from scratch. But Bethany doesn’t give up.

Fifteen-year-old Jack wants to take part in a go-kart race. He gets support from his new friends and an older racing driver who teaches him everything he needs. His big goal is to defeat the mean racing driver Dean during the race.

The  art of winning – Moneyball

Moneyball is a baseball movie based on real events.

The  team manager of Oakland Athletics is breaking new ground to lead his team to victory and that without buying expensive top players.

The  role of the team manager Billy Bean is played by Brad Pitt.

Claire is sent to Australia by her father in this sports film.

The re she is supposed to help an Australian swim team to victory. In the event of a defeat, the camp in which the team is training is closed. But unexpectedly she meets her rival in the camp. To win, however, the two have to pull together to save the camp. Payton List takes on the role of Claire, while Lauren Esposito plays her rival.

The  Rock plays a probation officer who puts together a football team from a group of youngsters who have long since given up.

Goon: Last of the Enforcers

Actually, Goon had finished with ice hockey. But then he gets to know who has replaced him on his team. Ironically, his rival Anders Cain is now playing in his place. Since this is not an option for him, he plans to return to the ice. Anders Cain is played by Wyatt Russell.

Girls United is a six-part film series that tracks various high school teams on their way to winning cheerleading championships.

The  focus is on the sport itself, with its team spirit. After a lot of training, the teams go to the championship and then at the latest the motivation arises to found a team or to join one.

Traffic in the corona pandemic: From Monday, more buses and trams will be running in Berlin – Berlin

What can vaccinations do – and what cannot? – EURACTIV.de

The clairvoyant made these 5 predictions for 2021

TSV Hartberg took two “test pilots” with them to the training...