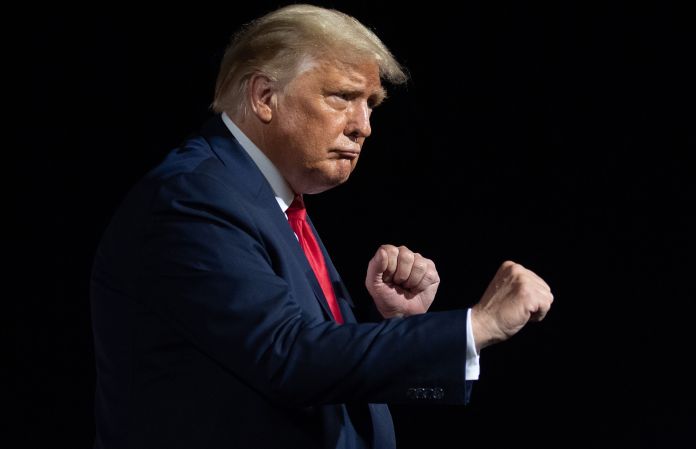 The -year 2021 began with sad corona records in the USA. Trump sees the situation a little differently – he thinks the numbers are exaggerated.

The -incumbent US President Donald Trump considers the extent of the corona pandemic in the United States to be clearly exaggerated. Trump wrote on Twitter on Sunday that the number of infections and deaths from the “ China virus” in the US is “greatly exaggerated” by the CDC’s “ridiculous” counting method, while other countries are deliberately reporting false lower numbers. When in doubt, something is simply referred to as Covid, he continued and concluded with the words “ Fake News!” – his repeated reference to alleged false news.

The -renowned US immunologist Anthony Fauci held against it: “

The -deaths are real deaths,” said the director of the National Institute for Infectious Diseases on CNN on Sunday. One only has to look at the situation in the hospitals, where beds are scarce and employees are exhausted. “ This is real, this is not fake.”

In the USA, the number of corona cases recorded in one day reached a new high on the weekend. On Saturday, authorities reported 299,087 cases, according to data from the Johns Hopkins University (JHU) in Baltimore on Sunday morning (CET).

The -previous record was registered on December 18 with 249,664 new infections. At the same time, 2,398 deaths with a confirmed corona infection were recorded on Saturday alone.

The -highest daily value to date was reached on December 30th at 3,750.

In the country with around 330 million inhabitants, around 20.4 million people have so far been infected with the Sars-CoV-2 pathogen, and more than 350,000 people have died. In absolute terms, that’s more than in any other country in the world.

In Los Angeles, the situation is spiraling out of control. More and more homeless people have become infected with the virus. In autumn there were an average of 60 new cases a week among the homeless. That number has changed a lot since Thanksgiving. On Tuesday, the authorities reported 547 new corona cases among the homeless within a week.

Vaccinations against the virus have been administered in the USA since December. At the beginning, the speed of the vaccination campaign fell short of expectations. Fauci said it was understandable that things would not go smoothly at the start of such a large vaccination campaign. But it is realistic that in the future one million people in the country could be vaccinated every day. Future US President Joe Biden has set the goal that 100 million vaccinations should be given in the first 100 days of his administration.

Sky will show the film as a German premiere in March

Apple: Cupertino is investing one billion euros in Germany to reduce...