Update from January 9th, 10:12 am: After this Twitter the President’s account Donald Trump permanent blocked has, this one raises serious allegations. A Trump message circulated through journalists in the White House said: “Twitter agents have colluded with the Democrats and the radical left to remove my account from their platform to silence me – and you, the 75 million great Patriots who voted for me. ”Once again, there is no evidence for this claim.

Update from January 9th, 6.40 a.m .: „Twitter blocks accounts that violate the Twitter rules. ”You can now see this message when you look at the profile of Donald Trump on the short message service page. In plain language: Twitter actually takes it seriously and takes the US President’s most important mouthpiece!

The company announced on Friday evening (local time), Trump’s account @realDonaldTrump will be permanently banned. The reason is the “risk of further incitement to violence” after the storm of the Kapitols in Washington by Trump supporters. Critics accuse the Republican of inciting his supporters. The Democrats in the House of Representatives are therefore pressing ahead with preparations for a possible impeachment process.

Twitter has been by far Trump’s most important communication platform. Via his account, he had more than a dozen times a day directly to his 88 million followers agile. The tweets on the account were no longer accessible on Friday evening. Twitter cited two Trump tweets on Friday to justify the new ban, which in combination from the company’s point of view violated the directive on the prohibition of the glorification of violence.

Update from January 8, 4:58 p.m .: At his own inauguration, his predecessor Barack Obama was present – Donald Trump does not want to pay this honor to successor Joe Biden. He made this very clear on Friday. “I will not attend the inauguration on January 20th,” he wrote a few minutes ago on Twitter. A corresponding breach of a taboo by Trump at the handover of the highest political office in the USA * had already been speculated weeks ago.

Update from January 8, 4:14 p.m .: Hardly has Donald Trump regaining power over his Twitter account after being temporarily blocked, he uses his favorite toy again right away. On Friday morning (local time) he tweeted his Supporters and voters (“American Patriots”) would “have a gigantic voice in the future too”. They would “in no way be disregarded or treated unfairly,” continues Trump. In response to Joe Biden’s announcement that he wanted to be a president for all Americans – including them republican – he shouldn’t necessarily allude. It is not yet clear whether Trump will remain in politics in the future.

Update from January 8, 12:45 p.m.: A video that is currently spreading on Twitter shows Donald Trump and his family just before the mob of Trump supporters to the Capitol final rank. Der US President, Ivanka Trump, Eric Trump, Press officer Kayleigh McEnany, Chief of Staff Mark Meadows and some agents of the Secret Service are in a kind of bunker. They follow the live recordings of the gathering on a screen.

The absurd thing about the video: The atmosphere is reminiscent of a party, atmospheric music is playing in the background. Behind the camera is located Trumps oldest son Donald Trump Junior. When asked, his partner begins Kimberly Guilfoyle to dance. “You have come to do the right thing: Fight!” She says, turning to them Trump-Fans before the Kapitol.

Trump, Donald Jr, Kimberly Guilfoyle and others watching the crowd getting fired up hours before they stormed the Capitol, and dancing in enjoyment while the song Gloria is playing. Seems premeditated, no? pic.twitter.com/E6tHufOjiN

Also Trump Junior addresses the mob: “These are some great patriots who didn’t feel like the crap anymore. Thanks to all of you for that, “he says, adding,” It’s impressive to see them getting closer. “

It’ll only take a few seconds, says Trump Junior in view of his father’s speech shortly afterwards and calls on fans to do the Video to share on social media.

In comments, Twitter users refer to the inclusion as “evidence” of Trumps Blame for the riot. “That is more than disgusting … Most of the people watched the riots full of sadness, tears and fear – these traitors American laughed, danced, smiled, ”writes one user.

Update from January 8, 11:25 a.m .: Feels like taking place overnight Donald Trump a turning point in his rhetoric (see first report). But his behavior around the riot at the Capitol in Washington DC could still apply to him legal consequences to have. Prosecutor Michael Sherwin told journalists about whom CNN reports, among other things, that the incidents would be looked at closely – also with regard to the role Trump played in inciting the crowd. When asked by a journalist, Sherwin is said to have said: “We look at all those involved who played a role. If the evidence speaks for a crime, they will be charged. “

With his speech on Wednesday resolved Trump the Riots* first off. He spoke of again two days ago Election fraud and urged his followers to move in the direction of the Chapters* to draw while there the result of the election was certified by the two chambers. But the Protesters were not satisfied with just demonstrating in front of the building and stormed it. During the riots, one attacker was shot dead *, a police officer died from injuries in the hospital and three other people died due to injuries that were not known.

Trump had the Riots initially not condemned, but even heated the situation with several controversial tweets and thus drew further criticism. The president had called on his followers on Wednesday to withdraw, but said: “We love you”. He also spoke again of election fraud. Twitter then blocked Trump’s account for twelve hours. Also Facebook and Instagram locked his accounts. After the evacuation of the Chapters the Chambers continued their session and confirmed Joe Biden as new US presidents.

With his first Tweet since the lock the sudden follows turn. Convicted in a video message Trump the riot: “Like all Americans, I am outraged by the violence, lawlessness and chaos.” He stated that the National Guard* I’ll protect the buildings now. “The USA is, and must always be, a state of law and order. Anyone involved in the violence and destruction does not represent our country. And all who have broken the law will pay for it. ”It is time for“ healing and reconciliation ”.

Donald Trump stressed again that it was an orderly one Handover to the chosen President Joe Biden will give. “A new administration will be sworn in,” said Trump. Serving the country as president was the honor of his life. But again he did not admit his defeat, but this time he did not speak directly of Election fraud. With his complaints he only tried “to defend the integrity of the election”. Although Trump’s term ends in two weeks, the incidents are over premature Impeachment discussed. (md)* Merkur.de is part of the nationwide Ippen-Digital editors network

Farewell party with a red carpet: Donald Trump flies with an atomic case in Air Force One – instead of congratulating Biden

Manu Feller after Flachau victory: “Do it differently from the others” – winter sports

Carnival Cruise Line cancels all cruises until the end of March

Board of Directors directs a blazing appeal to fans and members

Past & Future: Messi breaks his silence 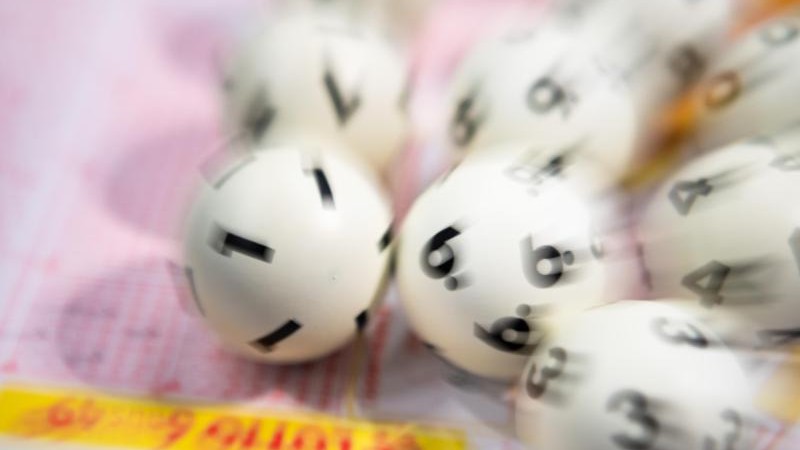 Duchess Meghan: After a miscarriage: Women go through these phases of...