In contrast to the last time, ten Republicans voted with the Democrats on Wednesday for an indictment. Conviction is unlikely. While the capital is becoming more and more like a fortress, Trump threatens to split the party.

The  Grand Chamber of Congress on Wednesday indicted President Donald Trump for the second time in an impeachment case with 232 votes to 197 for inciting a riot. It is practically impossible that Trump will be deposed before he leaves office next Wednesday. For this he would have to be condemned by the Senate, which is on a break until the inauguration of Joe Biden, with a two-thirds majority. At least seventeen Republicans would then have to support the Democrats. Majority Leader Mitch McConnell ruled out calling the Senate members back to Washington for it.

“Farmer is looking for a wife”: Patrick and his Antonia are... 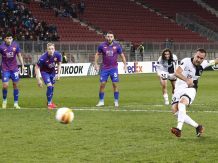 Biathlon today in the live ticker: mass start of women and...

Lack of sleep increases the risk of Covid-19