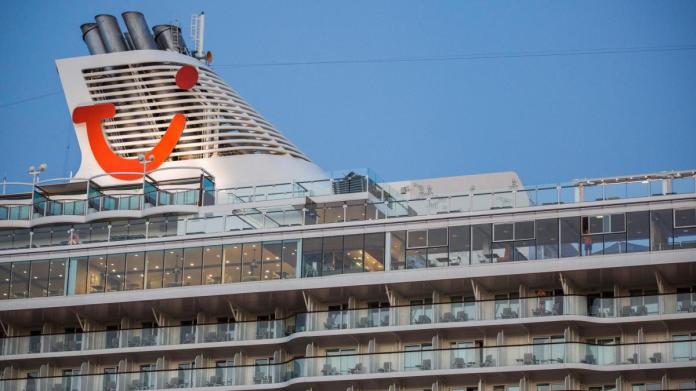 DGermany is allowed to keep its world market leader: The shareholders of the travel group TUI approved the federal government’s billion dollar rescue package on Tuesday. What made the group management around CEO Fritz Joussen for relief, triggered sarcasm in the online forums. The travel giant with the friendly smiling logo suddenly has few friends on social networks.

“Hooray! Finally no laptops for students and teachers, no bonus for carers, no help for the financially weak, “tweeted a user:” A travel company was rescued – so that the others can go on vacation. ”

Another found it “disgusting” that Finance Minister Olaf Scholz “saves TUI and Lufthansa with the bazooka while the restaurateur around the corner is still waiting for the November aid to be paid out.” Others couldn’t understand why “Air travel to Tenerife now State tasks are “.

State loans for the group totaling around three billion euros had already triggered sharp criticism last year. The fact that taxpayers ‘money could be well invested with an interest rate of more than nine percent played no role for many: Why did German taxpayers’ money have to save the assets of major foreign shareholders, above all those of the Russian oligarch family Mordashov?

Left and liberal politicians sometimes cut in the same vein: TUI was not systemically relevant, it was said, the business model was outdated anyway. And saving jobs could not be a question of a company that employs fewer than 10,000 of its 70,000 employees in Germany.

From TUI’s point of view, the allegations are of course anything but fair. To protect the population from the corona pandemic, business had to be almost completely shut down – and now you shouldn’t even be allowed to take out government loans, even if they are repaid with high interest?

As a result of the lockdowns, CEO Joussen told the shareholders, “one has actually become a company without products and sales”. In the winter quarter there was a monthly outflow of between 400 and 450 million euros.

Joussen believes the fundamental criticism of the business model is wrong – and refers to figures. TUI has grown steadily for years and brought 27 million people on vacation in the year before the pandemic. In the most important booking month of January, shortly before the outbreak of the pandemic, the booking numbers even grew by double digits.

“We don’t have a business model from yesterday,” Joussen declared with certainty at the annual general meeting. On the contrary: As one of the few “integrated” travel groups that has its own sales department, its own aircraft, ships and hotels, it was able to resume business more quickly than its competitors during the relaxation in the summer of 2020.

“The flights to Mallorca were booked out just 36 hours after sales started in June,” Joussen recalled, recalling the interim high in the last summer season. “In the cruise business we had 40,000 passengers without a single Corona case.”

The state entry at TUI is justified because the company has a good chance of a successful continuation, emphasized the CEO. Tourism has recently grown significantly faster than the economy as a whole. And this trend will return with the success of the vaccination programs, Joussen believes: According to surveys, travel is the first priority across all income groups.

The EU Commission apparently sees it similarly. The state participation of up to 1.25 billion euros registered by Germany was “necessary, suitable and appropriate,” said the Brussels authority. The federal government has also sufficiently proven this.

For the portion of this aid borne by the taxpayer, the state receives “sufficient remuneration”, explained Margrethe Vestager, the EU Commission Vice President responsible for competition. In addition, the support is linked to numerous conditions. Until the state participation is reduced, the group may not take over other companies.

Dividends are also no longer distributed, bonuses and special payments for management have been canceled. Overall, the measure aims to “restore TUI’s financial position and liquidity that existed before the pandemic,” said the Brussels competition watchdog.

The family of the Russian oligarch and steel entrepreneur Alexei Mordashov is also participating in the rescue package that has now been approved. Its holding company Unifirm, which previously held 24.9 percent of TUI, is signing the capital increase and could expand its stake to up to 36 percent. Thanks to an exemption from the German financial supervisory authority BaFin, the major shareholder does not have to make a takeover offer to the other shareholders if he exceeds the 30 percent threshold.

In return for the financial injection from the Economic Stabilization Fund (WSF), the Federal Republic of Germany will receive subscription rights corresponding to a 25.1 percent stake in TUI and thus a blocking minority. To this end, the fund may send two representatives to the Group’s supervisory board. However, the framework agreement does not provide for state interference in operational business.

After the inflow of funds from what is now the third rescue package, TUI has liquid funds of 2.5 billion euros, said the CEO. How long the funds hold in the event of a “cash burn” of around 65 million euros per week, also depends on the development of new business.

While Joussen emphasizes that the “light at the end of the tunnel” will shine with the start of vaccination, the new, sharp lockdown measures in important source markets such as Germany and Great Britain should still make the TUI rescue seem like a tremendous game. January is traditionally the most important booking month in tourism.

Gwen Stefani almost ruined her own engagement: “I didn’t want to...

GPU could be a challenge in future games, says 4A Games

Swiss online platform: This is how Microsoft wants to help you...

Lockdown extension until mid-February 2021 in the bush – Fireworld.at