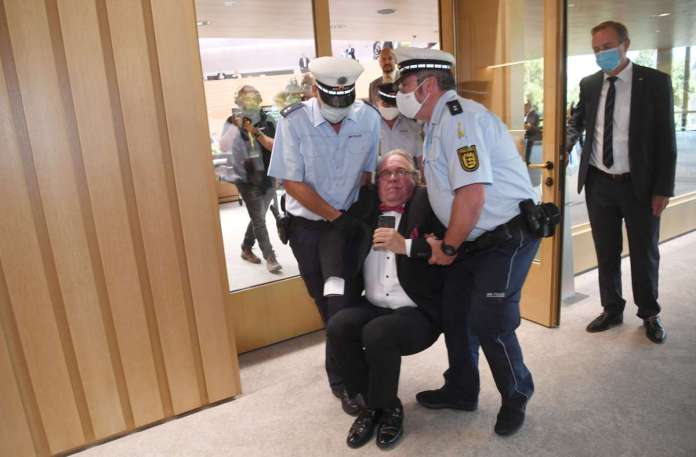 The re are several reports against the non-attached and non-party member of the state parliament Heinrich Fiechtner in the Stuttgart public administration because of an aggressive tweet.

The  state security is also concerned, the state prosecutor is checking the Fiechtner video.

Stuttgart – He is known for testing the limits of freedom of expression – the non-attached member of the state parliament Heinrich Fiechtner. Now the former AfD parliamentarian and former Stuttgart city council is facing legal trouble again.

The  Stuttgart public prosecutor is examining several charges against Fiechtner because of a video that he published on Twitter a few days after supporters of President Donald Trump stormed the Capitol.

The  police state security department has also asked the agency to review the video content.

Oh, you green nine!: Jennifer Lopez stands like a one

Diego Maradona in tactical analysis: what made him a footballer?

Departure from North Tyrol only with Covid-19 test