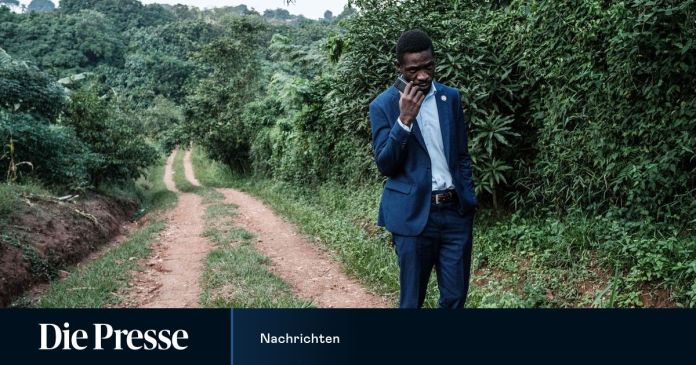 The  opposition leader has been isolated since the presidential election. Re-election of Museveni is a “masquerade”.

Kampala. Uganda’s opposition leader, Bobi Wine, has been under house arrest since Thursday’s presidential election, according to his party. Nobody could visit the ex-musician and politician, said the spokesman for the Platform for National Unity (NUP) Joel Ssenyonyi on Sunday.

The  opposition speaks of forgery.

According to a short message distributed via Wines Twitter account, the pop star politician and his wife have not left their house since Thursday, the food supplies have been used up.

Soldiers and police had surrounded the house, said the party spokesman. MP Francis Zaake was said to have been hospitalized on Friday after trying to visit Wine. He was beaten on the way by security forces, said the NUP. Once again, a minority is trying to impose its will on the majority of the population, said party spokesman Ssenyonyi.

The  party wants to resist this. She will use all means that are legally permissible.

The  76-year-old Museveni has been at the head of the East African state since 1986. Thanks to a constitutional amendment, the ex-rebel leader can run for unlimited seats.

He has kept the opposition small for years; many Ugandans only know Museveni as their president. Wine had claimed victory in the election on Friday. (Ag.) “The problem is the private households” – FAZ – Frankfurter Allgemeine...

At least three dead after storm “Filomena” in Spain

Free testing from mid-January: The third lockdown begins in Austria