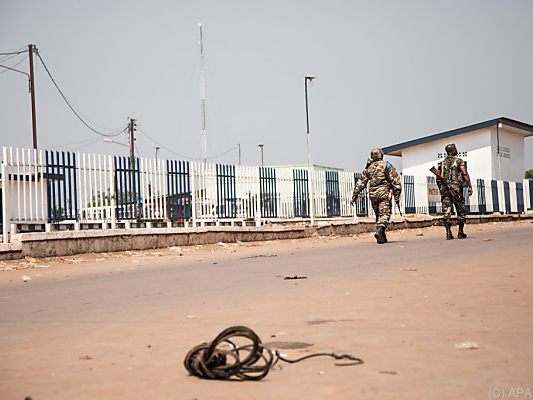 The  UN refugee agency UNHCR has called for an immediate end to the conflict in the Central African Republic in view of the drastic increase in the number of displaced persons. UNHCR spokesman Boris Cheshirkov announced on Friday that around 50,000 people have fled to the neighboring Republic of the Congo via the Ubangi border river alone. In the country itself and in neighboring Cameroon and Chad, tens of thousands more people are on the run.

The  development would destroy all progress made so far, all conflict parties would have to sit down at a negotiating table immediately. Aid is difficult – not only because of the poor infrastructure, but also because of growing financial needs, said Cheshirkov.

The  aid organization Action Against Hunger also warned of the consequences of the latest outbreaks of violence surrounding the elections in the Central African Republic. Around 2.3 million people there are affected by “acute food insecurity” – a number that threatens to swell quickly. Roadblocks cut important supply routes, food prices rose dramatically, and in many regions humanitarian aid could only be provided to a limited extent. Due to the tense security situation, the SOS Children’s Villages in the state have also interrupted their aid programs in the communities for the time being.

Shortly before the presidential election in December, rebels attacked security forces and UN soldiers in the African landlocked country. According to the UN mission in the country, the new rebel alliance was supported by ex-President François Bozizé, whose candidacy was previously rejected by the constitutional court; Bozizé denies involvement in rebel activities.

The  country has rich mineral deposits, but is still impoverished and has been plagued by conflict and upheaval for years.

Filip Kostic is again the “machine” of Eintracht Frankfurt | ...

Frankfurt: Hotels as an emergency solution for students