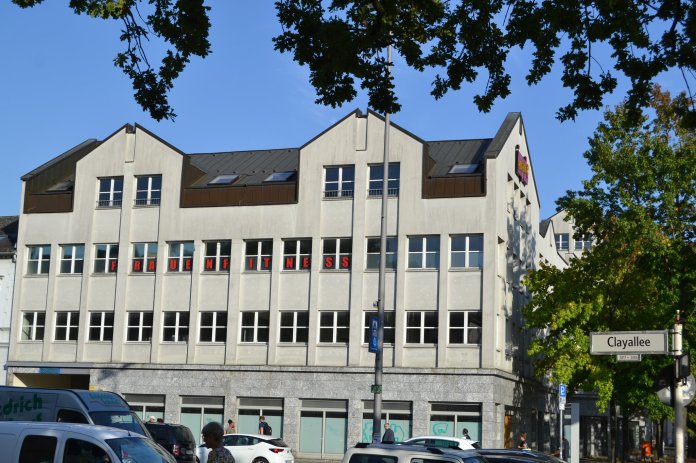 The  former commercial building on Berliner Straße has been almost empty for years. A tenant adheres strictly to his commercial contract and this has a term of another ten years.

The refore, the owner cannot develop the site in his favor.

The  building complex at the intersection of Berliner Straße, Clayallee 1-3, was supposed to be demolished last year.

The  owner wanted to build a new commercial building with shops, offices and practices by 2023.

The se plans are now on hold because one tenant refused any alternative solution and wants to stay until her lease ends – that is in 2031.

In order to avoid long-term vacancies, Torsten Hippe, head of the CDU parliamentary group and chairman of the urban planning committee, suggested allowing temporary use that would not require any renovation work.

The  left parliamentary group had already taken up the proposal in September last year and introduced an urgent motion. In it, the district office is requested to negotiate with the owner of the building complex about an interim use. For example, the premises could serve as a replacement location for the district office. Especially in the town hall of Zehlendorf there is a high demand for replacement rooms due to the asbestos pollution of some parts of the building and the planned renovation.

The re are numerous other uses for the currently unused rooms, such as supplementary rooms for the music school, for additional youth leisure facilities or a new facility for homeless women.

But visions are one thing, implementation is another. Mayor Cerstin Richter-Kotowski, for example, is not very interested in using the building as a “transitional district administration”. “On the one hand, I don’t know the condition of the building; on the other hand, the rent also plays a role,” she says. In addition, everyone would currently assume an interim use of ten years. But it could also be less. That is too insecure for her. Rather, it would be more important for her to accommodate the district office and administration as long as possible during the renovation of the Zehlendorf town hall location.

But “there are also ideas for a temporary use of the office building.

The  extent to which these can be implemented must first be checked by the urban development office, ”admits the town hall chief.

Trump after defeat “so disappointed” in Supreme Court