The  powerful US gun lobby organization NRA has declared bankruptcy as part of a “restructuring”.

The  National Rifle Association announced on Friday that it wanted to leave New York and reposition itself in Texas.

The y want to leave a “poisoned” and “corrupt” political environment in New York. New York State Attorney General Letitia James brought charges against the NRA in August to try to get it dissolved.

“Fraud and abuse” had been the order of the day for years, she said as a reason. Among other things, leaders are said to have embezzled money for luxury travel and given orders to family members and friends.

The  NRA has not-for-profit status in the USA and is therefore subject to special requirements for the use of donations, charities and accounting. It is considered a very conservative organization with great political influence and a loyal supporter, especially of Republicans of the outgoing US President Donald Trump.

The  summer indictment had called Trump a “terrible thing” and advised the NRA to move to Texas.

The  NRA is based in Fairfax, Virginia, and can be prosecuted in New York because it is registered as a nonprofit organization there.

James said following the NRA’s announcement that it would review the documents but would not allow the organization to use “this or any other tactic” to evade the accountability and oversight of its agency.

Schools in Israel open to hundreds of thousands

Brexit: British ports are not ready for customs controls

The wearing of the burqa and niqab is prohibited

The proportion of women in parliaments is increasing slowly but steadily

The last qualifying of the year now live! 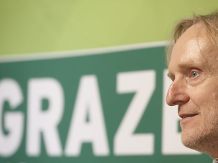