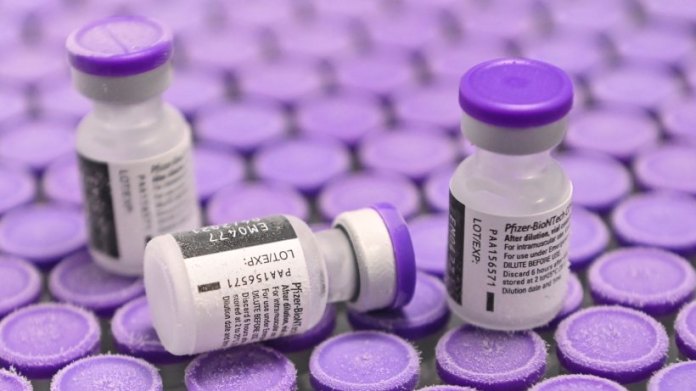 The Mainz-based company Biontech is currently making a name for itself with the corona vaccine based on mRNA. But the biotechnologists are also working on other projects – including a drug for multiple sclerosis. And mRNA technology should also be effective against cancer. A glimmer of hope in the fight against serious illnesses?

The mRNA technology is currently on everyone’s lips: vaccines based on it are being used for the first time. But the approach can do even more – it has been researched for many years. The advantage: once there is a basic framework, it can be quickly adapted as with a kind of modular principle.

The technology is not only suitable for vaccines against infectious diseases, it should also be able to help with autoimmune diseases. This shows Biontech now based on multiple sclerosis – an mRNA vaccination could also be effective against this be.

In the current issue of the journal “Science”, Özlem Türeci and Uğur Şahin, the founders of Biontech, report on the current state of research on MS treatment with mRNA technology – the technology that the Mainz-based company has committed itself to, which is now being provided by one of the Coronavirus Vaccines Achieved Worldwide Fame. According to the researchers, they have already been able to curb the progression of multiple sclerosis in mouse experiments and in some cases even reverse paralysis.

What is amazing about mRNA technology is the speed at which it is developed. Beate Kampmann, director of the Center for Vaccines at the London School of Hygiene & Tropical Medicine, describes it as a kind of “plug-and-play” to Der Spiegel in its January 9th issue. This way, adjustments can be made particularly easily. “Then you have to see them as a milestone in the development of future vaccines.”

How does it all work? mRNA, or messenger RNA or messenger RNA, passes on a kind of assembly instruction to cells. Cells can use these assembly instructions to produce certain proteins. In the case of mRNA vaccines, these are antigens to which the body can then learn to react. In the example of the coronavirus, cells learn from the blueprint from the vaccine to recreate the spike protein of the coronavirus, which is completely harmless on its own. It is only dangerous if it is attached to the virus and thus allows it to enter body cells.

If only the spike protein is present in the body, the body can learn to recognize it and develop an immune response against it without coming into contact with the virus itself.

Biontech isn’t the only company working with this technology. Moderna, for example, has also launched an mRNA vaccine. According to Spiegel, however, Biontech was able to act so quickly because the company had already developed a certain basic structure for the mRNA in advance and also packs it in thin fatty layers that allow it to be absorbed more quickly by the body, more precisely by the spleen, lymph nodes and bone marrow – because here what happens in the end is the immune response.

Exciting: vaccination side effects? Risks of the mRNA vaccine checked

The kit was already there, Biontech only had to adapt it to the new type of corona virus. This also gives hope in the event of new mutations, for which the vaccines now available may no longer work as well. Such a vaccine could be adapted in a flash. And the research is far from over: “The production of mRNA will become easier, faster, cheaper and more widely available,” says Şahin.

Promising attempts – but are humans too complex for them?

So you keep researching. The technique of giving cells blueprints could also be helpful in the fight against autoimmune diseases, as the scientists’ findings on the basis of multiple sclerosis show.

The researchers were able to suppress the development of autoimmune encephalomyelitis in mice. If the animals were already sick, the course of the disease could be mitigated or even partially reversed. However, due to the complexity of MS, it is not yet known whether this works in humans – and there are definitely hurdles that do not exist with infectious diseases.

The multiple sclerosis competence network criticizes this in a statement on the topic. In contrast to animals, the target antigens in multiple sclerosis are not known in humans, so such an immune disease should not be equated with an infection in the context of a vaccination, says the competence network. In the event of an infection, a very targeted response to defined antigens occurs. This is not the case with autoimmune diseases. So far, no antigen-specific therapeutic approach has been successful in diseases such as multiple sclerosis. After the administration of antigens, immune cells can even be activated in a wrong manner, according to the network. But research continues. After all, there are now various new treatment options for multiple sclerosis that are quite promising.

Around eight percent of the world’s population suffers from autoimmune diseases, Şahin suspects that appropriate mRNA therapies will be tested on humans for the first time in two to three years. He is aware of the problem that humans are more complex and that results from animal experiments cannot be easily transferred. Therefore, tests on human immune cells in the laboratory should now follow. Another problem is that every sick person can have a different type of MS. The different types of multiple sclerosis, in turn, have specific patterns of autoimmunity. The animal test results nevertheless give him a positive opinion, because here a single antigen was responsible for triggering a tolerance of the immune system towards the entire myelin tissue. Myelin envelops nerve fibers. In MS, the immune system targets and damages this material. This is to be prevented with mRNA therapy.

Such an mRNA therapy also appears to be effective against cancer – according to Spiegel, clinical trials are already underway with people suffering from black skin cancer.

LHS 3844b: Volcanoes could light up night skies

“First Dogs” had to leave the White House